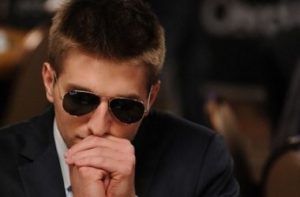 Partypoker.com’s Garden State Super Series (GSSS), New Jersey’s most ambitious ever online poker series, overcame a technical disaster to end triumphantly this past weekend with a record field on the final day.

With PokerStars breathing down partypoker’s neck and its entry to the market imminent, the pressure was on the GSSS to deliver a series that would echo the pre-Black Friday days of SCOOP and FTOPs and reinforce party’s position as the number one in the market. This it ultimately achieved, despite a serious technical hiccup that resulted in the cancelation of the official Main Event the previous Sunday.

Numbers, it seems, were simply too much for partypoker’s servers at the three-tiered Main Event on September 14, when players at all three buy-in levels began complaining of severe disruption to play, with some tables freezing as the clock continued to count down, and other tournaments failing to get started.

Several attempts were made to rectify the issue before a shame-faced partypoker was forced to abandon the event entirely. Players who were still in the tournament when it was cancelled received their buy-ins back and a percentage of the prize pool based on their chip-stacks at the time, and the guarantees were honored.

“We have been humbled by this experience and appreciate the enormous burden we have placed on the players tonight and are so sorry,” said a spokesperson. “We will diligently work to make certain that we overcome these technical challenges in the future.”

The series was back on course throughout the following week, but it must have been a jittery few hours for the operator on the final night, as, buoyed by the $50,000 in prize money added to the final six tournaments by way of “an apology,” numbers once again began to swell.

But the servers held. The biggest tournament on the night was the high buy-in tier of Event 19, a $185+$15 tournament with $75,000 guaranteed and $20,000 in added prize money, which attracted 509 players, thus making it the largest tournament of the series in terms of field size and prize pool. The $50 low buy-in tier, meanwhile, running simultaneously, managed to attract 431 players.

There was even that all-important “big name” winner in the form of Tony Dunst, who, fresh from busting fifth in the WPT Monster Invitational, jumped into Event 20-High, a $500 six-max tournament, which earned him a $16,584 payday.

The partypoker platform is still relatively new in New Jersey and the infrastructure in the fledging online gaming jurisdiction a little raw, and so to attempt to stage a series of this scale, with $1 million in prize money up for grabs over 60 individual tournaments, was ambitious, and a gamble, but ultimately necessary for the development of online poker here. The GSSS had a massive wobble in the middle, but it got the numbers, and ultimately pulled through, by offering some good guarantees and added value for the players.