Gambling on Poker: Who Pays the Price? 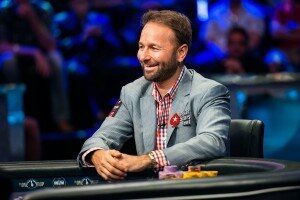 In a recent blog, Daniel Negreanu opened up on taking advantage of problem and inexperienced gamblers. (Image: newswire.ca)

Poker is gambling, whether you want to believe it or not. When you place real money on any hand of cards, you’re gambling. That isn’t to say skill doesn’t play a vital role, because it does.

The players who make a living playing poker have put in the time and effort to learn all aspects of the game, from odds and scenarios to proper moves and bets.

Unfortunately, too many casual players convince themselves that they have also put in the work to win at online and in-casino poker.

Of course, as many pros know, in actuality most of them haven’t.

The question is: who is paying the ultimate price for today’s ginormous poker industry? Card rooms are getting rich, pros are banking millions, and states are collecting revenues.

The answer is obvious: novice, amateur, and recreational players that are predominantly unskilled.

Is profiting off this large pool of players dishonest? Can it sustain continued growth of the online game?

Daniel Negreanu has made more off poker than anyone else in history.

In earning nearly $30 million from live earnings over the last 20 years, Kid Poker admittedly says he’s “stepped on a lot of heads.”

Writing on his Card Player blog, Negreanu recently tackled the issue of dealing with profiting off less-skilled gamblers and poker players. He posed two relevant questions:
• “Am I OK with making a living that requires me to take money from people who are less skilled?”
• “Am I OK with the fact that some of these people are making very bad decisions for themselves and possibly their family?”

The fact Negreanu has been playing professionally for over two decades answers both, but that doesn’t mean he isn’t aware and concerned of the dangers both gambling and poker present.

He justifies his career by saying for him, poker is a business, and like all endeavors there will always be winners and losers. He also stresses his belief that poker is only unfair when unskilled players attempt to compete outside of their own abilities.

While Negreanu writes about the hazards of problem gamblers and the debate on a poker shark taking advantage of an unskilled addict, he also feels the casino has every right to profit off that person as he does. “I would personally feel like a hypocrite if I justified that it’s OK for me to take money from problem gamblers, but it’s not OK for the casino to do the same.”

Daniel makes a solid argument, but many would disagree that casinos habitually take advantage of more than just problem gamblers, but gamblers in general.

With the game of poker, if a player really desires to increase their skillset, they can do so by practicing and learning the ins and outs of the process.

Yes, an element of luck will still be involved, but increasing your chances is possible. That isn’t the case for the majority of casino games. That’s why poker’s winningest player says, “There is no hope or illusion that you could become a roulette superstar.

It’s not a fair game, in the sense that with hard work you could beat it.” The fact is, the casino holds the odds, and the more you play, the more you’ll lose.

Negreanu argues that while the recreational player will routinely fail no matter the game, the person will win more often at a blackjack table than a poker table.

He also has a better chance at craps than at a table full of poker sharks. “He’ll lose either way of course, the only difference is who gets his money,” Negreanu explains.

The disadvantaged player will always be taken advantage of. After all, for every win, there are always losers.

Ultimately, it’s the amateur players who pay the overwhelming majority of poker pots, and what this all boils down to is self-responsibility.

Daniel Negreanu and any other pro shouldn’t be held responsible for the inexperienced gambler.

Nor should the casino – people of legal gambling age must understand the odds are stacked against them.

Gambling has survived for hundreds of years, financed by the naïve, the hopeful, and the over-confident. It’s a perpetual cycle that truly stands the test of time.