Phil Galfond said after Day 37 of the Galfond Challenge, “I thought I played pretty good.” But he finished the session down €80,036, and is now back in the red. The epic comeback, for now, is on hold for the Run it Once founder. 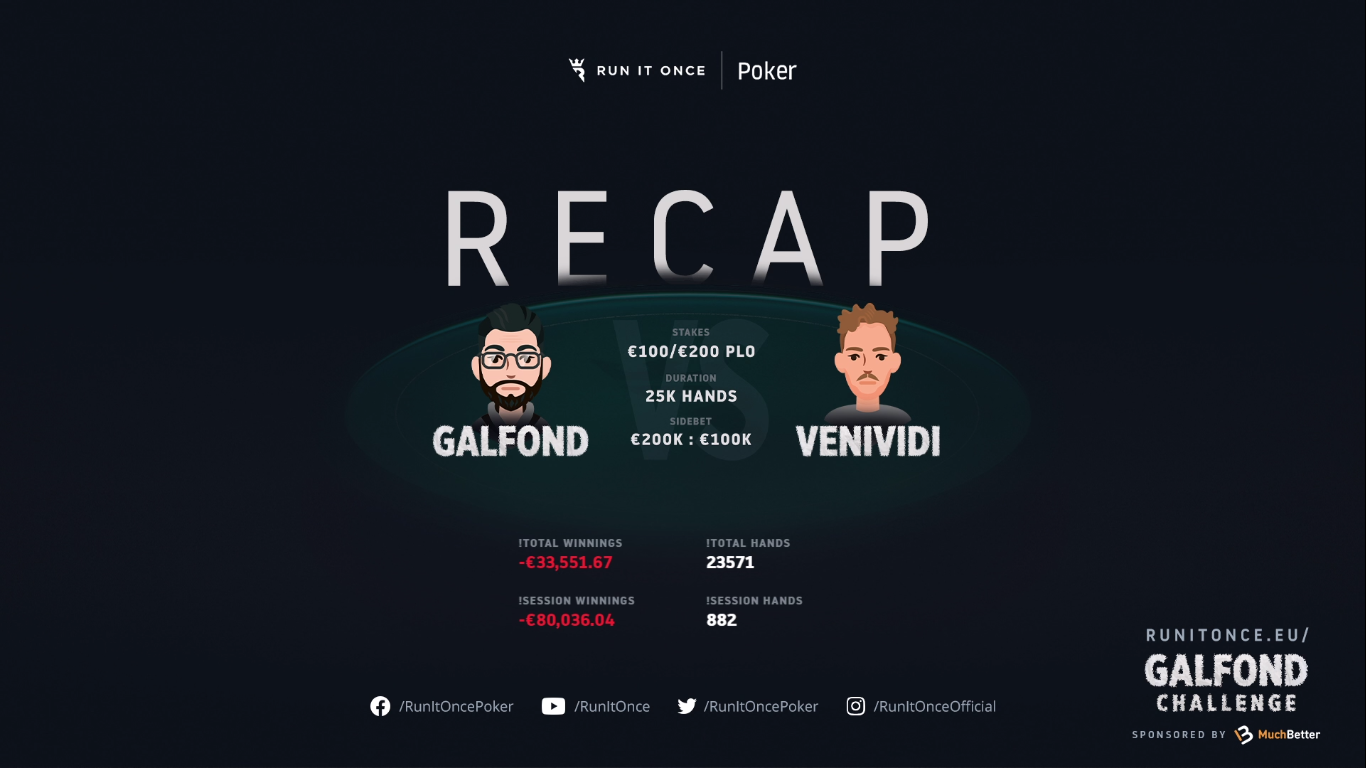 Rough session for the host of the Galfond Challenge. (Image: Twitch/runitoncepoker)

Thursday’s session was a bit of a buzzkill for Galfond’s many fans. After Day 35, he had finally overtaken “VeniVidi1993” for the first time, but the lead was short-lived. On Day 37, the former Full Tilt Poker star known as “OMGClayAiken” had his biggest loss in nearly a month. And the pendulum is starting to swing the other way.

“VeniVidi1993” once led by over €900,000 in the Galfond Challenge. That deficit was more than erased by Galfond earlier this week. It appeared the poker site owner was about to bust open a big lead. But the challenger in this 25,000-hand, Pot-Limit Omaha match at €100/€200 stakes has other plans.

On Thursday, “VeniVidi1993,” whose identity is unknown publicly, booked an €80,036 win. That, by itself, shouldn’t be concerning to Galfond’s multitude of fans. There is a ton of variance in PLO, so the swings are often massive. Still, this was the second straight loss for the Galfond Challenge host.

The players have more at stake than just the money won and lost in this high-stakes cash game match. The winner will earn another six-figure payday from the loser (€200,000 should “VeniVidi1993” win, €100,000 if Galfond wins).

Galfond said in his post-session interview with David Tuchman on Twitch that he felt he played well despite the loss. He attributed the rough day to his opponent winning most of the big pots, and recognized that the positive variance has gone his way frequently lately.

“I believe we both know each other’s game better than before,” Galfond said of his opponent. “But I do think, honestly, a lot of it has to do with the way the cards have run.”