The Galfond Challenge is just what the poker doctor ordered during these trying times. More than 5,000 viewers on Twitch watched Phil Galfond continue his improbable comeback against the venerable challenger, “VeniVidi1993,” narrowing the gap to just two buy-ins. 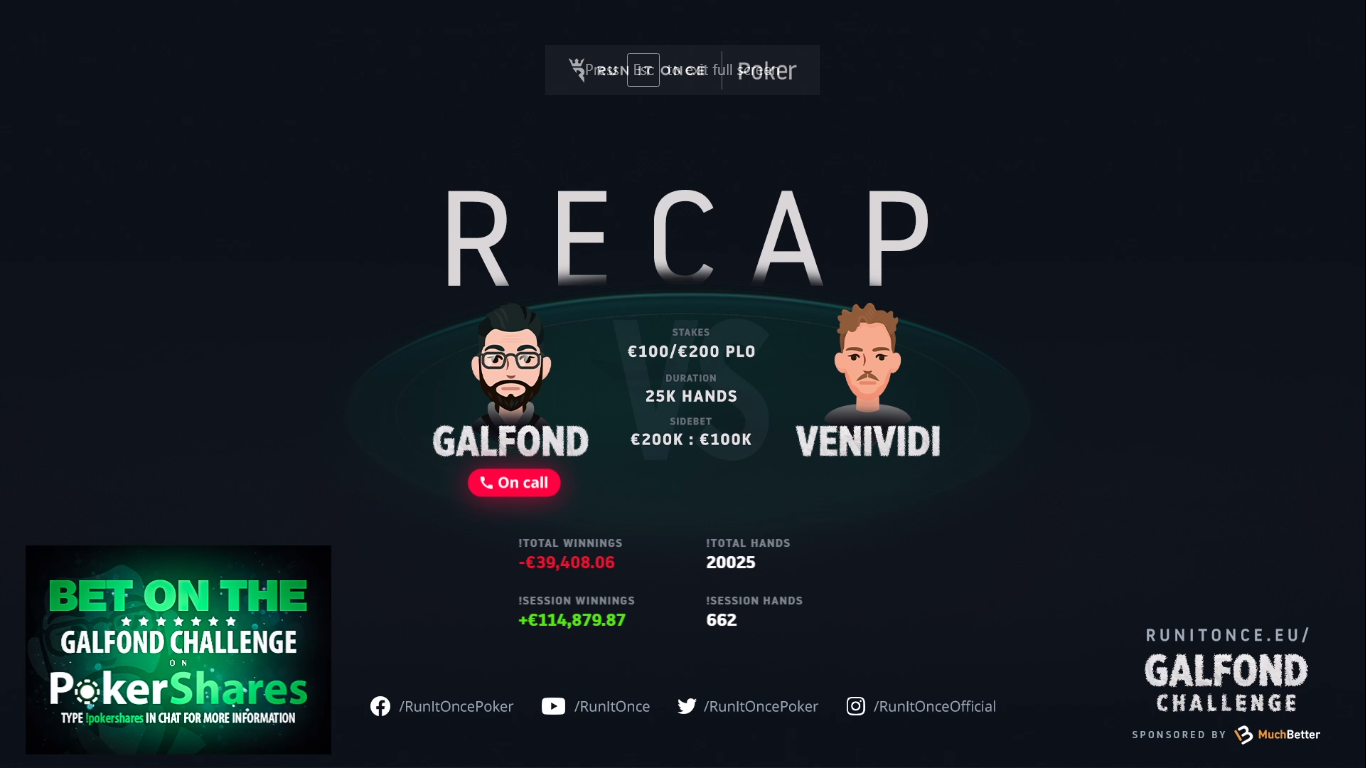 The race for the first Galfond Challenge title is heating up. You don’t want to miss the remainder of this epic battle. (Image: Twitch.tv)

One month ago, the Galfond Challenge appeared to be a lost cause for the poker site owner. He even considered throwing in the towel. The PLO legend instead took a break to regroup, which appears to have been a smart decision.

Galfond Challenge is All We Have Right Now

Given the current state of affairs in the world, poker fans don’t have much to look forward to right now. All major poker events have been canceled — save for the WSOP for now — and the live poker scene is taking a break. Outside of online poker, which has seen a spike in popularity the past few weeks, there isn’t much, other than the Galfond Challenge, for fans to enjoy right now.

After a tough start and some early, sizable losses, Galfond was quickly thought to have no shot of winning the heads-up battle. Now, for the first time since the battle started, PokerShares is listing Galfond as the favorite to win.

Galfond currently trails his opponent by the equivalent of two buy-ins following Thursday’s session in which he won €114,879. At one point, he took his first overall lead in the match since early in the first session on Jan. 22.

Following Thursday’s session, Galfond chatted with Twitch commentator David Tuchman about his recent play. The confident poker pro said the Galfond Challenge is now anyone’s ballgame and appeared satisfied with how things are playing out.

Tuchman asked Galfond if he’s been watching the scoreboard during play to see the overall results. He said he hasn’t, but acknowledged he will be forced to do that late in the match.

Galfond said his strategy may change a bit during the final 500 to 1,000 hands. If the deficit is sizable at that point, he may be forced to play more aggressively to quickly close the gap. But for now, he’s focused on playing one hand at a time.

You can watch all of the Galfond Challenge sessions live on Twitch if you don’t want to miss out on what figures to be an epic finish to this competition.

I like to see these kinds of challenges from professional players, it’s inspiring and motivating.