“ActionFreak” still trails Phil Galfond by a six-figure margin in the Galfond Challenge, but he’s put a serious dent into what was once a €430,000 deficit over the past four sessions. 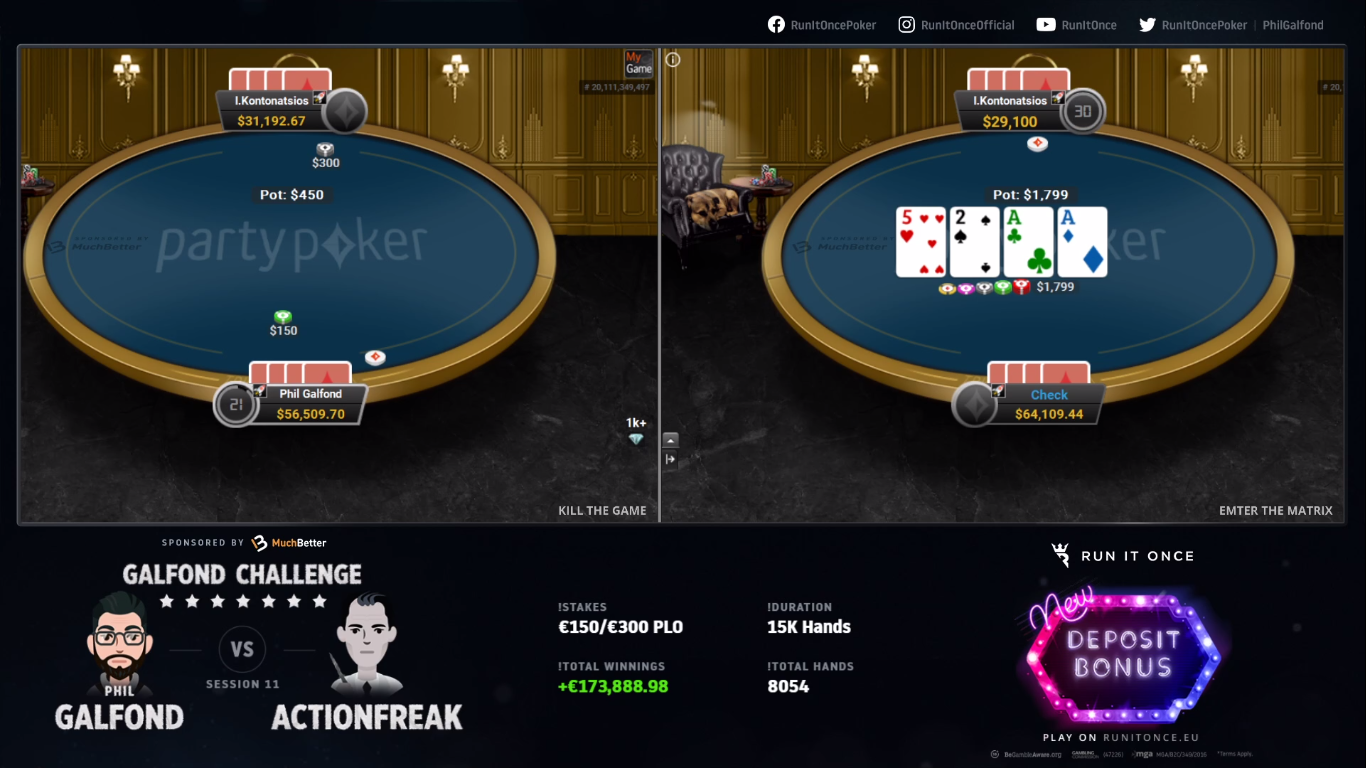 On Day 9, however, “ActionFreak” scored what would be considered a massive win — just over €256,000. That wasn’t the biggest win so far during the current Galfond Challenge. Galfond booked a €311,000 profit way back on Day 3. Day 12 — Friday — wasn’t so kind to the host of the high-stakes Pot-Limit Omaha challenge.

Galfond and his wife Farah celebrated their fifth wedding anniversary on Friday. The momentous occasion certainly could have gone better for the poker power couple.

In honor of Las Vegas, I celebrated by playing poker & losing.

Galfond took a €57,580 loss on Friday, his second consecutive defeat. “ActionFreak” also won on Thursday, booking a small €23,360 profit for the day.

Galfond’s most recent defeat chipped off around one-third of “ActionFreak’s” deficit. He now trails by €116,308 through 8,766 hands, well beyond the midway point. The online poker pros have agreed to play 15,000 hands. When the competition concludes, the losing player will then ship another €150,000 to the winner in a side bet.

Galfond led by €430,000 before the challenge shifted from Phil’s Run it Once poker site to Partypoker. “ActionFreak” had an undisclosed issue with funding his RIU account quick enough to continue the challenge. So, the players agreed to move the competition over to Partypoker.

Despite the rough stretch in the high-variance game, Galfond still has a fairly sizable lead with fewer than half the total hands left to play. The momentum is clearly on “ActionFreak’s” side, but that can change in an instant, especially at these stakes.

The PLO stars will be back in action on Partypoker on Saturday. As always, you can catch the action live in its entirety on the Run it Once Twitch channel.

Cool! My expectation that in future such kind of challenges in poker (pro vs talented) supposed to be fresh impetus for new poker rising stars. Keep it up Challengers!