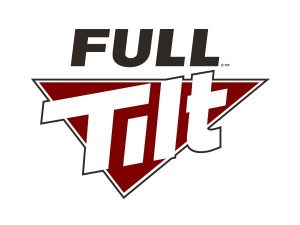 Full Tilt has undergone some pretty dramatic changes in recent weeks, as the site completely revamped its lobby offerings while eliminating both heads-up cash games and table selection.

This week, the changes continued, as Full Tilt announced a complete overhaul of how rewards will work for its players.

The new rewards program is known as the Players Club, and is designed (like many recent changes at Full Tilt) to appeal mostly to recreational players.

It will exist side by side with the Edge program, which already has popularity among higher-volume users.

As explained in that blog post, all players at Full Tilt will be automatically enrolled into the Players Club once the new program is launched. The program will feature a new jackpot game known as The Deal, which will include prizes that culminate in a progressive jackpot that begins at $100,000.

“We’ve crafted the entire experience in such a way that if you’re an average player playing an average session, you’ll get a shot at that jackpot pretty much every single time you play,” Mansour wrote.

The Players Club rewards will include mystery prizes, added-money tournaments, and larger prizes in freeroll tournaments. Mansour also said that the first month of the program will include even larger rewards as an introduction to the new system.

However, regular players who prefer the Edge program will be given the opportunity to switch back into it.

“I truly believe that most people will love Players Club, as more players will now receive more rewards,” Monsour wrote. “We’re also giving those that play the most the opportunity to switch back into an updated Edge rewards program if they prefer.”

The new version of the Edge program will come in three tiers, with players collecting Full Tilt Points and getting cash back based on a rolling average of how many points they accumulate over 30 and 100 day rolling averages.

The average cash rewards in the Edge program will be reduced somewhat, but players can increase this percentage by playing in specially marked games in the lobby that have low traffic, essentially giving players a bonus for keeping games going or starting new tables.

The highest level of the new Edge program is called Edge Prime, and will reward players with $2 for every 100 Full Tilt Points earned.

Players at that level (which requires a 30-day rolling average of 500 points earned per day, or a 100-day average of 400 points) can also convert Full Tilt Points to cash at a rate of $1 per 250 points.

The major changes at Full Tilt are just some of the major moves being made by Amaya this summer.

The Canadian gaming firm has also announced their first foray into the world of daily fantasy sports with the launch of StarsDraft.

StarsDraft has been created through the acquisition of an existing DFS site known as Victiv and rebranding it.

The site is expected to be launched later this year in selected US markets, after which it will become available to other users through the PokerStars platform.