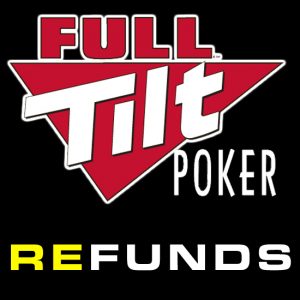 Former Full Tilt customers who have supplied incorrect details to Garden City Group have until November 24th to rectify the situation, or face forfeiting their balances (Image: thatpokerguy.wordpress.com).

The final phases of the Full Tilt remissions process due US players who have applied for remuneration could see hundreds of thousands of dollars potentially ending up unclaimed.

That’s because some players who are still owed money may have supplied incorrect banking or personal information, and with the deadline looming less than a month away on November 24th, these former Full Tilt customers risk having their claims denied.

At least, that’s the latest word from the Garden City Group (GCG), the claims administrator appointed by the AG’s Office for the Southern District of New York to oversee the reimbursement process for US players.

According to a statement this week on the GCG website, over 2,200 claimants who were able to confirm their account balances to the administrator still appear to have submitted the wrong information, mostly in the form of incorrect banking details or social security numbers.

“GCG has identified certain Petitioners who previously confirmed their FTP Account Balance but who submitted incomplete or incorrect banking information or an incomplete or incorrect Social Security Number,” read the statement. “On October 25, 2014, GCG sent emails to more than 2,200 of these Petitioners with instructions on how to update and correct their Petitions through the online filing site.”

Should the GCG not receive updated information by the stated deadline, those with incorrect banking information will be sent a check to the mailing address provided with their claim application, should the claim be approved. However, those with incorrect social security numbers will have their claims “recommended for denial” by the administrator, regardless of the amount involved.

All claimants must provide social security numbers, the GCG explained, in order to offset and collect any debts listed in the “Treasury Offset Program”. Way to come up with a really fancy code name for the Internal Revenue Service, GCG.

These relate to any debts owed to government agencies, such as back taxes and past-due child support payments.

As Online Poker Report pointed out this week, the average account balance since the remission process began has been over $4,000, which means that 2,200 accounts in question could represent a possible hundreds of thousands of dollars at risk of being unclaimed.

The remission process began on February 28th of this year, two years and ten months after the US Department of Justice (DoJ) shut down the former Full Tilt regime, freezing the balances of players in the process. It is believed that some 30,000 players have been paid around $82 million in funds, although several thousand who contest their balances are still awaiting clarification.

Those who have confirmed their balances to GCG, but have not yet been contacted, should get in touch with the company immediately. If you feel you have a valid claim and have not yet applied for reimbursement, visit the GCG website. For queries, contact the group toll-free at (866) 250-2640, or by email at info@FullTiltPokerClaims.com, or write to Full Tilt Poker Claims Administration, c/o GCG, P.O. Box 9965, Dublin, Ohio 43017-5965.

I haven’t the slightest idea on even how to check my balance…..is that even still possible? can anyone give me any information either way

they should have sent you an email if you had unclaimed $