Full Tilt Remissions: $2.8 Million In Disputed Claims To Be Paid This Month 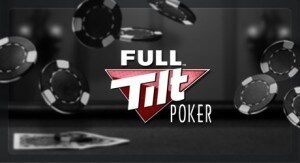 $2.8 million more is to be repaid to former customers of the old Full Tilt Poker, however, no timeline has been offered for the 1200 or so claims that remain outstanding. (Image: Pokermedia.com)

The Full Tilt remissions process is due to enter a new phase this month as claims administrator Garden City Group (GCG) has announced it will process 3,500 claims, totaling around $2.8 million.

The vast majority of these payments, around 3100, will be to claimants who mistakenly provided incorrect information to GCG, such as inaccurate banking info or social security numbers.

The remaining 400 or so payments will be to players who had disputed their balances, provided the claims are for $500 or less, and to players with claims between $500 and $2000 provided the disputed difference is no greater than 20 percent.

“GCG has been informed that the Department of Justice Asset Forfeiture and Money Laundering Section has approved a new round of payments, which will mark the commencement of payments to Petitioners who have disputed their FTP Account Balances,” said the administrator on its website.

“In addition, payments will be made to Petitioners who have confirmed their FTP Account Balances and recently cured deficiencies. In all, the distribution will include approximately 3,500 Petitions totaling approximately $2.8 million.”

The new wave of payments will bring the total amount of funds returned to American players since Black Friday to $100 million, although according John Pappas of the Poker Players’ Alliance this still leaves around 1,200 customers with disputes that need review and remediation. A timeline has not been provided for this final wave, said Pappas.

“All other Petitions with disputed amounts are still under review and, if found to be valid, will be paid in upcoming distributions,” said GCG this week.

In October last year GCG announced that over 2,200 claimants who had confirmed their balances had still failed to provide correct information to the administrator and had until a November 24 deadline to do so, or risk having their claims denied. It is not known how many of these players failed to come forward to supply accurate information and whether any such claims have now been lost.

The remission process began on “Green Friday,” February 28 last year, two years and ten months after the DoJ shut down the former Full Tilt regime, freezing the balances of players in the process. Prosecutors accused Full Tilt of flouting federal gaming and money-laundering laws by deceiving banks into illegally processing payments for US players.

Full Tilt was also accused by the DOJ of operating a “Ponzi scheme,” crediting player accounts with phantom funds while not having enough to cover all player balances.

PokerStars subsequently bought out Full Tilt and agreed to repay the balances of players outside the US, after Full Tilt agreed to forfeit almost all its assets to the US government. Meanwhile American players were left in limbo, uncertain whether they would be reunited with their funds.

My husband never got his money – he filed a claim for about $300 – I think he finally decided he can’t be bothered to chase them down. I wonder how much money they will get to keep because it has been such a pain for some people to try to get their money.

nice to see some action but must have been a difficult job to identify funds, players and action to take. This was obviously a big task and when if finishes they will be thankful it’s over