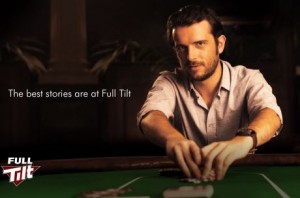 Full Tilt is on the path to making dramatic changes to its brand imaging and how it will market itself to players in the future. Rebranding isn’t always the easiest thing for a poker site, of course. Ultimately, players might not think that simply stripping the “poker” away from what used to be known as Full Tilt Poker will usher in a whole new world of play.

Yet recent news coming from the popular poker destination indicates that Full Tilt is ready to go all in with a new image and a new marketing message.

Full Tilt has realized that its site is responsible for creating interesting stories throughout the world of poker. A major part of the Full Tilt brand is about how these stories are told and how the many games on the site drive player enjoyment. By recognizing all of this, the marketing campaign is aiming to share how those stories align the Full Tilt brand with player experience.

A new series of ads have been rolled out to highlight the potential dramatic experience a player might have at Full Tilt and telling it from their unique perspectives. Two video spots were created to give viewers two perspectives of one hand, represented as the common “battle of wits” seen at Full Tilt tables every day.

This new campaign is hitting markets in England, Scotland, Wales and Northern Ireland initially. To further inspire players across the UK to create their own experiences and stories, Full Tilt is offering the “£10 Free from Full Tilt” promotion. “£10 Free” is available to newly signed players to give a small sample of the real-money action available at the site and its tables.

Full Tilt’s new digital campaign covers television and film spots to raise awareness for the online community, along with advertising in print, with an emphasis on those who make the daily commute. Created by the advertising agency Simply Zesty, the marketing concept centers around two video ads titled “The Bluff” and “The Call.”

Debuting in the UK, both spots show one player attempting to bluff his way through a bad hand with another player calling his bluff. The ads conclude with the statement, “Forget the movies, the best poker stories are right here at Full Tilt.”

“These cutting edge adverts showcase exactly what playing our games is all about – the psychological warfare, the bluffing, the fun and the drama that happens all day long at Full Tilt,” said Full Tilt’s Managing Director Dominic Mansour in a press release. “A huge amount of time and effort has gone into the new brand and we’re thrilled to share the first of our stories with the UK.”

Out with the Old

The new marketing push came days after Full Tilt confirmed that Viktor “Isildur1” Blom and Gus Hansen were no longer poker representatives for the company. The sponsorship deals for both Blom and Hansen, who were marketed as “The Professionals,” expired and were not renewed.

The end of the sponsorship followed a “year-long review of the Full Tilt brand and a decision to move away from Pro-centric advertising,” according to a statement by the company. Taking pros off the roster eliminates the opportunity for potential and unnecessary drama, such as that seen when Hansen was a sudden no-show for his highly promoted showdown with Blom. Removing the heavy marketing push of professional players now allows Full Tilt to put the spotlight on its everyday players and embrace a new wave of advertising.

not gonna miss either hansen or blom!