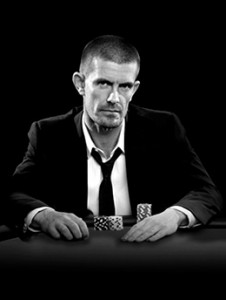 While many poker players dream of having a sponsorship deal with Full Tilt Poker, very few will actually achieve that lofty goal. Now, thanks to a new promotion at the popular poker site which will take place from Monday, March 10 through Sunday, March 16, players will have a chance to join a team sponsored by either Gus Hansen or Viktor “Isildur1” Blom. Sixteen players will end up competing for a slice of more than $40,000 and “Team Pro” bragging rights.

The two players known as “The Professionals” will be captaining teams made up of eight players per team. Gus Hansen – one of the most recognizable faces in poker over the last ten years – and Viktor “Isildur1” Blom, one of the most profitable high-stakes online poker players in the world – will be the captains of the two teams. Sixteen players will qualify and join one of the two teams.

Players can participate and potentially join Team Gus or Team Viktor by playing in freerolls named after each team. To qualify for the freeroll, players will need to complete four or more Team Pro achievements across at least four separate days, starting on Monday, March 10 and ending on Sunday, March 16. There are a total of seven Team Pro achievements to choose from. Some are extremely simple, such as earning just one Full Tilt Point at Adrenaline Rush poker tables, or by playing in one of the new Multi-Day tournaments.

The freerolls – for those that qualify for them – will take place on Wednesday, March 19 with guaranteed prize pools of $5,000 each for the two tournaments. The top eight players in each freeroll then form a team and in addition to their cash winnings, receive a special custom-made hoodie.

The Teams Shall Collide

Every Team Pro will be given an opportunity to battle their superstar captain in a heads-up match on Sunday, March 23. If the player is able to defeat their captain, they will win a cool $1,000. After that, the teams will battle each other, as members of each team will face off in head-to-head matches. The captains will get in on the action too, as Hansen and Blom will also participate in a heads-up match against each other.

The team that wins the most heads-up matches will be named the winning team. Each player on that team will then be awarded $2,000.

“With Team Pro, we’re giving 16 of our players the chance to take on and team up with two of poker’s legends,” says Sarne Lightman, Full Tilt Poker’s head of marketing. “On top of battling for their team alongside their captain, they’ll also each play for a $3,000 payday.”

If all this sounds exciting to you, head over to Full Tilt Poker from March 10-16 to participate. The full achievement list is below and players should be advised that they will only be allowed to complete one Team Pro achievement per day. Once players complete four or more achievements, a freeroll ticket will be credited by 23:59 ET on Tuesday, March 18.