Full Tilt Players to Get Paid in Sixth Wave to Tune of $100M, Per Department of Justice 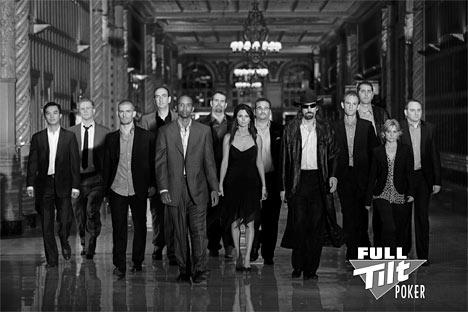 The Old Guard: GCG announces that most former Full Tilt Pros will be refunded, although probably not any of these ones. (Image: Full Tilt)

Full Tilt claims administrator Garden City Group (GCG) has announced that the Department of Justice (DoJ) has authorized the sixth wave of payments to the company’s former US customers.

According to GCG, the new round of payments will include approximately 2,000 claims totaling around $4.3 million and, on its completion, 87 percent of all petitions filed will have been paid.

Full Tilt Pros To Be Paid

GCG added that petitioners designated by Full Tilt as “professionals” will also receive payments. This refers to the loose group of sponsored players known as “Full Tilt Pros,” that were not part of Team Full Tilt. The latter were the core group of pros who were closely affiliated to the company and were, in some cases, its owners.

Beyond this group, Full Tilt built up a legion of affiliated pros, most of whom were paid by the hour to play on the site with the added incentive of 100 percent rakeback. FT’s former “Red Pros,” the tier below, were paid by the Garden City Group in August.

The payments are significant, because the DoJ initially ruled that these balances would be forfeited on the grounds that they belonged to “business partners” of the former Full Tilt who were therefore in some way complicit in the regime. However, lobbying efforts by the Poker Players Alliance eventually convinced the DoJ to change its mind.

Claims May be Forfeited

The latest wave of payments will mean that the amount reimbursed to some former 59,000 Full Tilt customers now surpasses $100 million. GCG warned, however, that it was still waiting for accurate information from some players, who risk forfeiting their claims if they don’t act promptly.

“Please note that responses will be required within 20 days of the date of the email. Please be sure to check your email account’s spam or junk folder to ensure the message was not filtered.”

The update went on to say that “GCG continues to work with the Department of Justice (the “DOJ”) to evaluate the balance of the Petitions that have been filed. Petitions that are found to be valid will be paid in upcoming distributions. GCG and the DOJ expect to distribute additional payments by the end of the third quarter of 2015.”