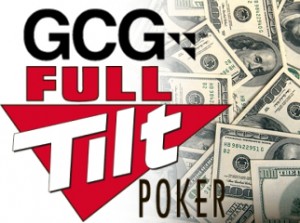 It was an email they’d been waiting a long, long time to hear, and one that many feared would never come. On Monday, exactly two years, 10 months and two days after the Department of Justice shut down Full Tilt, freezing players’ funds in the process, the following message pinged into the in boxes of poker players across the US:

“The purpose of this email is to inform you that your Petition for Remission has been approved and you are entitled to receive a distribution from the assets forfeited in connection with United States v. PokerStars, et al., pending in the United States District Court for the Southern District of New York.

“A payment in the amount of [AMOUNT] will be paid electronically via ACH to the bank account that you specified in your Petition. This payment represents the full amount of your Full Tilt Poker Account Balance, which you confirmed on the Full Tilt Poker administration online filing site. Payment will be made within the next seven business days.”

The email, from the Garden City Group (GCG), the claims administrator in charge of reimbursing Full Tilt victims, announced that the first round of remission payments would be made on Friday, 28th February, and that a number of test transactions had already been conducted for players who had confirmed their balances online with GCG. It has been reported in some sections of the poker media that a number of those first test transactions appear to be coming from PokerStars.com, which bought out Full Tilt in the wake of Black Friday and accepted responsibility for players’ funds in Europe.

According to GCG, not all test transactions have been successful, however, because some players have supplied incorrect or incomplete banking information. These players have been contacted with requests to update their information and will be paid in the second round of payments, on a date yet to be announced.

It’s expected that some 30,000 players will paid around $82 million in total funds, although several thousand who contest their balances are still awaiting clarification. It’s a far cry from the months following Black Friday – April 15, 2011 – however, when many believed they would never see their money again and even sold their accounts for much smaller percentages of their true value.

If you believe that you have a valid claim and have not yet filed a petition, visit the GCG website. Those with questions can contact the group toll-free on (866) 250-2640, or by email at info@FullTiltPokerClaims.com, or write to Full Tilt Poker Claims Administration, c/o GCG, P.O. Box 9965, Dublin, Ohio 43017-5965.