Full Tilt Payments to Continue in May 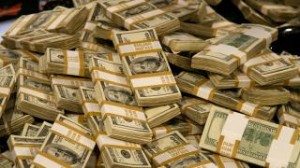 Full Tilt will soon be getting more cash distributed back to its rightful owners. (Image: pokerlistings.com)

Former Full Tilt Poker players from the United States have waited several years to see their funds that were lost after Black Friday. When the truth came to light about the company, its misappropriation of funds and untruths – and the inability to play any players – many assumed they would never see their Full Tilt funds again.

However, a deal with PokerStars and the US Department of Justice (DoJ) initiated a process by which the Garden City Group was to use funds from PokerStars to repay the players. While it took years to reach the point of money actually changing hands, the process is now in full swing with the third round of payments being finalized for distribution in May.

Latest Round of Remissions

Claims administrator Garden City Group revealed on its website that another round of payments to petitioners is in the works. As of April 16, the GCG announced that the current review process includes those who confirmed their balances prior to the original deadline, but whose petitions included incorrect or incomplete information. There were approximately 1,000 of them.

Those petitions were reviewed by the DoJ, but not yet approved, but the petitioners have since updated their information. The Justice Department is expected to approve those requests in the next few weeks, and petitioners will receive an email to confirm that payments will be issued, which is expected to occur before the end of May.

In addition, the next round of petitions is being prepared, which will include those who filed their petitions late, submitted multiple documents but withdrew the duplicates, rescinded dispute about account balances, and recently updated banking information for electronic payments. That information is being prepared for government submission and should be ready for remission by the end of July.

The administrator says it is still working on the evaluation of some disputed petitions and the eligibility of former Full Tilt Poker Red Pros to claim any money for which they have petitioned.

The first round of payments from Garden City Group was highly anticipated and celebrated, with many referring to the day that emails were received as Green Friday. Whether players had $100 or tens of thousands of dollars in their accounts when Full Tilt ceased operations, the money was long overdue and welcome.

More than 27,500 people received money in the first round at the end of February, and about $76 million went out to those petitioners. The funds were sent through ACH wire transfer and authorized by the DoJ for players who had undisputed balances, no affiliate connections, and no professional relationship with Full Tilt Poker.

The second round of payments happened just weeks ago on April 1, and there was $5 million sent out to approximately 2,200 people. This group included petitioners who submitted incorrect banking information but responded by the March 13 deadline to correct it.

That’s nice. They can keep mine, I don’t want the gov involved in my poker unless they are willing to fully regulate it. Who’s to say you aren’t going on some sort of a list that goes beyond just getting what belongs to you in the first place? Of course you are.

For some reason I still cant bring myself to register at Full Tilt. I am happy to see that a lot of the petitioners are getting back what they rightly deserve. Shame on that outfit for putting loyal players through that kind of hell.