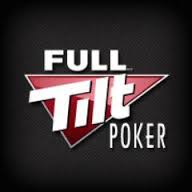 Full Tilt will now be available to Danish players after Amaya acquired a license to operate in the country for the brand. (Image: Full Tilt Poker logo)

Full Tilt Poker is coming back to the Danish market.

Amaya has successfully been approved to offer both poker and casino games in Denmark, and has already launched a site that does so under the Fulltilt.dk domain name.

The new site is not a segregated one, as it allows players in Denmark and Greenland to play on the worldwide Full Tilt poker site.

Denmark was one of several markets in which Full Tilt did not reopen after the assets of Full Tilt Poker were acquired by PokerStars in 2012.

At that point, PokerStars had already acquired a license to operate in Denmark, which it has offered games under since the beginning of 2012.

But Full Tilt did not have such a license, nor was it licensed in several other markets that PokerStars had become regulated in over the years.

When PokerStars relaunched the Full Tilt brand, it announced that it had no plans at the time to apply for a license for Full Tilt in several jurisdictions, including Denmark, France, Italy, Spain, Belgium and Estonia.

The Full Tilt license will be the fourth that it has acquired since it was reopened under PokerStars’ guidance in 2012. Full Tilt previously earned licenses in the United Kingdom, Isle of Man, and Malta.

In order to gain a license in Denmark, companies must meet a number of technical requirements and pay both initial and annual fees. Those annual fees can range from DKK 50,000 ($7,600) to 1.5 million ($228,000), depending on how much revenue a firm generates each year.

Denmark is one of the more crowded regulated markets in Europe, as over 100 companies are currently licensed for operation in the country.

That number includes PokerStars, meaning both of Amaya’s major brands will be competing against each other (at least nominally).

Perhaps for strategic reasons, Full Tilt does not operate any segregated poker sites in regulated markets that do not allow for play against opponents outside of their borders.

However, that hasn’t stopped the brand from once again becoming one of the world’s largest: Full Tilt currently ranks fifth in total traffic, averaging approximately 1,300 cash game players at any time according to PokerScout.

On the other hand, PokerStars is a common competitor in regulated markets. Along with their worldwide poker site, which is the largest in the world, they also operate major segregated sites in Italy, Spain, and France.

Denmark is a relatively small market: its population of 5.6 million makes it smaller than, for instance, the regulated online gambling market in the state of New Jersey.

However, that hasn’t stopped many companies from successfully finding profits, as online gambling companies were said to have generated around 2.855 billion ($430 million) in revenues last year.

Those numbers have been enough to attract plenty of online poker and casino companies to the market, despite the fact that Denmark levies both a 20 percent tax on gross gaming revenues and an additional 28 percent corporate tax.

Nice, I like this news for Full Tilt as it can use some inflow of traffic. I expect FTP to recover back to 2nd place eventually among the big names.

Great site, great software and have some great promos now and then as well.