Full Tilt Merge with PokerStars Confirmed on Its Website 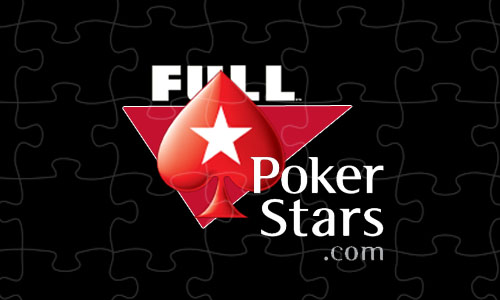 Full Tilt has confirmed the rumor that’s been floating about for the past week.

According to a “Software Upgrade FAQ” posted today on the Full Tilt website, as of April 1, the brand will merge with PokerStars and players will have “one Stars Account for Full Tilt, PokerStars, BetStars, Starsdraft, and Duel, as applicable in your jurisdiction.”

The FAQ continued to answer hypothetical player concerns by noting that the new encompassing player account will be known simply as “Stars,” and that Full Tilt screen names and avatars can continue, as long as the screen name isn’t already in use by a pre-existing PokerStars player.

Although Full Tilt will for now remain a separate brand running on the PokerStars client, rumors have also circulated that it may be killed off completely down the line. Long a drain on Amaya, few are overly surprised by the move, especially as the parent company of Rational Group seems to be on a cost-saving tear lately.

PokerStars’ then-parent, the Rational Group, purchased Full Tilt in 2012, in the wake of the Black Friday aftermath. At the time, FT was a tainted brand, and the takeover was part of a deal that would see Rational repay non-US Tilt customers in an effort to curry favor with federal authorities.

Initial marketing campaigns under the new ownership suggested Rational was interested in relaunching the Full Tilt brand where the old guard had left off, albeit minus the corporate fraud.

As such, FT was once again billed as “the home of high stakes,” with high-profile brand ambassadors Gus Hansen, Tom Dwan, and Viktor Blom heading up the new team of pros.

That soon changed when Amaya bought the Rational Group’s assets in August 2014 and apparently curtailed Full Tilt’s marketing spend, focusing its efforts on its new flagship PokerStars brand instead.

A lack of American players had hit Full Tilt hard, and traffic has steadily declined since relaunch. The once-mighty online poker site now languishes around 11th on the PokerScout rankings.

Recent efforts to rebrand Full Tilt from a “nosebleed” site to a site for recreational players have so far failed to improve its situation.

Several months ago, the Full Tilt site announced that it would be completely scrapping its heads-up cash games, once the arena of the biggest pots in online poker history, in an effort to discourage regs from preying on amateur players. It also revamped its lobby and rewards scheme. But, if anything, traffic has declined further since these changes were implemented.

Meanwhile, it makes sense for Amaya to ditch Full Tilt, and merging traffic would clearly boost player liquidity for PokerStars, while the dismantling of the failing brand will generate cost savings.

Players wishing to read more about the impending changes can do so on the Full Tilt site’s FAQ page.

We are poker XD

well FTP again did i! so yea they better go to Hell!