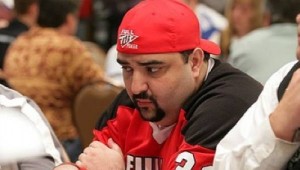 Ray Bitar, the disgraced former CEO of Full Tilt, is dying and almost broke, according to Allen Cunningham, a former Red Pro player under the old Full Tilt regime. Posting on the TwoPlusTwo forums this week, Cunningham said that Bitar’s heart condition has worsened, meaning that he is “unlikely” to live more than two years.

Bitar was widely vilified by the online poker community for his role in the financial scandal of 2011 that saw the shutdown of Full Tilt by the US Department of Justice (DoJ), which declared the company to be a “Ponzi scheme.”

Thousands of players were left to pick up the pieces in the aftermath, as millions in bankrolls and livelihoods were frozen, with initially no indication as to when, if ever, funds would be returned.

PokerStars, of course, eventually purchased Full Tilt in 2012, as part of its settlement with the DoJ, and committed to refunding all non-US players. More recently, the Full Tilt Claims Administration, set up by the US Attorney’s Office for the Southern District of New York, which built the case against Full Tilt, has paid back millions of US players’ funds this year, meaning that, more than three years later, most of the victims of the scandal have had returned to them what was rightfully theirs.

However, a great deal of anger aimed at Bitar remains in the poker community at large. He has always been perceived as a ringleader: a fat cat presiding over a regime of corporate mismanagement and recklessness, which saw him pay out $444 million to himself and his cronies, who lived in luxury, despite not having enough to cover all the funds in player accounts when the DoJ came knocking.

In April 2013, on the second anniversary of Black Friday, Bitar plead guilty to wire fraud and violating the Unlawful Internet Gambling Enforcement Act (UIGEA). He agreed to forfeit $40 million and, although facing up to 65 years, was spared prison because of his Stage Four heart condition, with the judge agreeing that a jail sentence would be “tantamount to a death sentence.” This week, details of Bitar’s $40 million forfeiture were published, which included funds in 18 bank accounts spread across five countries.

“He Didn’t Get Away With It”

Suggestions on TwoPlusTwo that Bitar was somehow faking or exaggerating his heart condition, however, caused five-time bracelet winner Cunningham to defend his former employer.

“To all the conspiracy theorists: according to my sources, Ray Bitar is unlikely to live more than a couple years and is nearly penniless,” he said. “He didn’t get away with anything.

“I feel like that’s not getting away with it in a karmic way, at least. And especially in contrast to the conjecture at the beginning of the thread that he had hidden accounts and faked the heart problem. I would trade places with any of his victims over him. Some people still haven’t gotten paid and it’s mostly Ray Bitar’s fault, but he isn’t benefiting from it.”

Bitar, meanwhile, who formed Full Tilt with Chris “Jesus” Ferguson in 2004, has expressed remorse. “I regret my actions,” he said in 2013. “I know they were wrong and illegal. I am very sorry. I’m very sorry for the problems that Full Tilt Poker got into. It never should have happened.”

What goes around comes around.

So right, Karma is a bitch. Only if you believe the story. They very well could be lying and living on the beach. Sadly, I hope it is true.

He should be penniless how many people did he rip off to become a millionaire. If anyone believes he doesn’t have plenty of assets and cash strashed away they are just gullable