The 2018 World Series of Poker Main Event champion is still technically homeless, still single, and still not sure what he’s going to do with is $8.8 million in prize money. 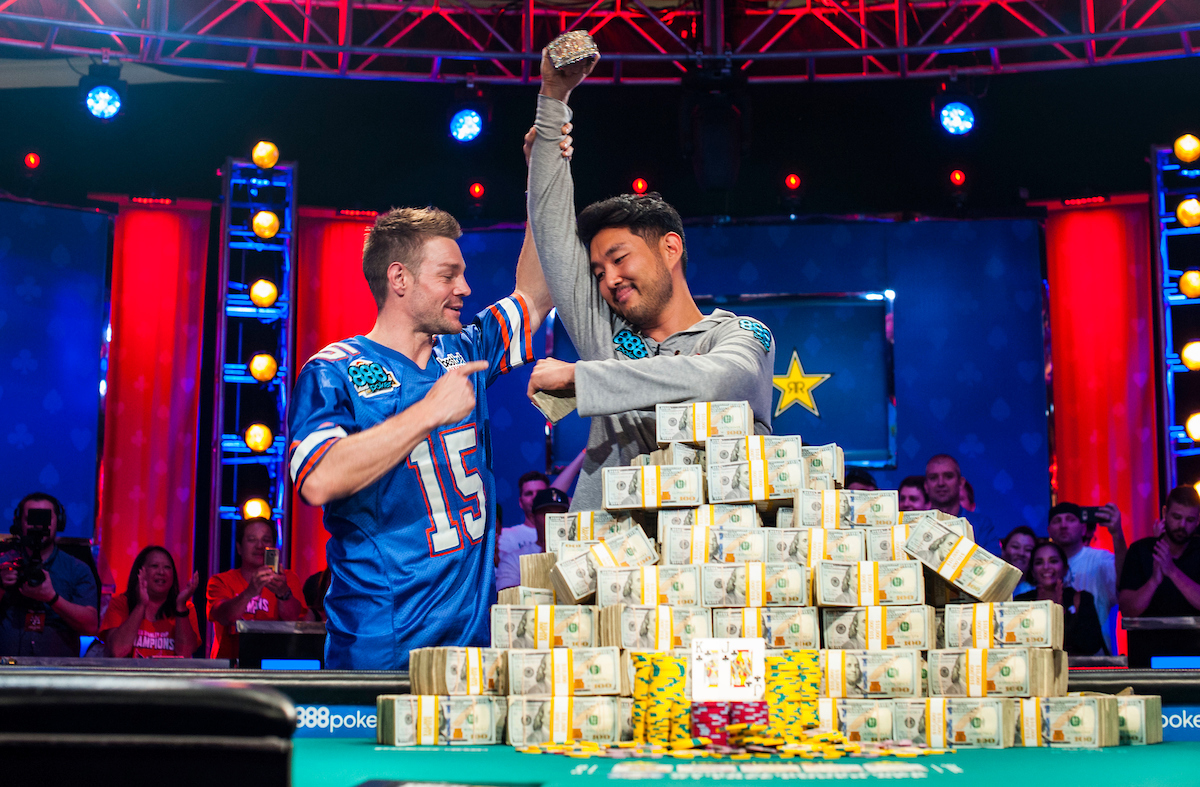 Little has changed for John Cynn in the days since he topped a field of 7,874 to win the most coveted prize in poker. Before the big score, his post-WSOP plan was to take up residence in his friend’s guest house. So far, that’s still his intention.

The Indiana University graduate says he’s not about to start splashing his cash around like some high roller.

“I’m going to be careful not to touch a significant amount of the winnings until I’ve talked to a lot of people about what I should be doing with the money,” Cynn explained to Star. “and weighing my options carefully.”

There is no shortage of possibilities for poker’s new champion after an epic ride at the final table.

Most people only get one shot at a deep run in the WSOP Main Event, but Cynn somehow managed to buck those odds.

The 33 year-old was a couple spots away from his first final table in 2016, finishing 11th for $650,000. He insists he was happy with that “insane” finish, and why not? After all, few ever get that far even once in such a huge, prestigious tournament.

Cynn, however, was just getting started. After a gruelling seven days grinding his way to the final table, Cynn found himself locked in an epic heads-up battle for the ages. The match with Tony Miles lasted a record 10 hours and culminated with an emotional final hand which had his opponent crying “slow roll.”

Miles has since apologized for the accusation that Cynn slow rolled him, and the champ holds no hard feelings.

Considering his start, it’s something of a miracle he made it here at all.

Cynn’s rise is somewhat atypical of other Main Event champions. We’re used to hearing about poker prodigies who were always the best player at their hometown table, busting all their friends before going on to beat the best.

Not Cynn; he has no issue admitting he used to be a fish at the poker table.

“I was actually really bad when I started playing,” he revealed.

Though no one would accuse him of being a card shark in his younger days, he had a hunger for the game. He kept playing, despite losing more than he could afford to lose as an undergrad student.

Then, after meeting a friend named Lance Keating, who would become his first poker coach, Cynn says he quickly realized how much skill there is to the game. Hand by hand, session by session, he slowly improved.

“Playing with him and talking poker with him was the beginning of being a really good poker player,” Cynn told the Star.

With and 11th place finish, and now a Main Event bracelet to his name, it’s safe to say the student has now surpassed the mentor.

Tony Miles’s statement about the 2018 WSOP champion, John Cynn, was certainly a typical phrase of one who gets carried away by the thought of who is better: “You slowed me down.”

Slowroll, it was Miles’s accusation to Cynn, we see that the slow and considered fish by many, managed to overcome all the obstacles during a marathon and a heads-up of ten hours.

The fantastic and incredible world of Poker, gives us these great spectacles. And masi once Poker shows that even the losers can have their epic day of glories and victories.

Despite Miles’s apology, there’s the great moral lesson for each of us that we can list at least three:

1 – Never despise your adversary;
2 – Never count victory before time;
3 – Never blame others for their own mistakes.

Great example gave us this WSOP, I personally managed to learn many things for my life and about the universe of Poker and you, what lessons did you learn or do you agree or disagree with me? In the other I only have to say: “Congratulations Jonh Cynn” !!!

Nice article. He seemed like a good guy. My 12-year-old son and I were cheering for him when it got to the final table.

Am glad to see that Tony Miles apologized for his slow-roll comment. He also seemed like a decent guy. They were both enjoying the moment and both won life-altering money. Hope to rub elbows with them on the felt one day.