PokerStars’ French operation has become the first site approved to share player pools with Italy, Portugal, and Spain, once new regulations are cemented. 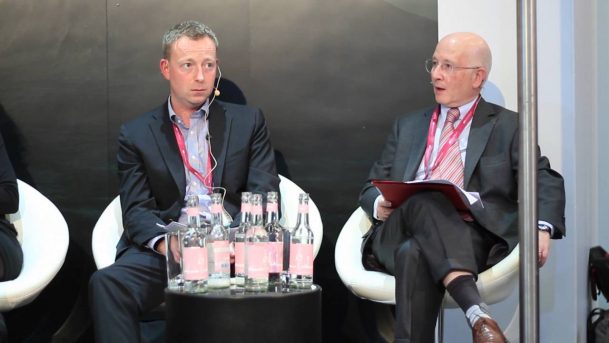 Following the news that ARJEL, France’s online gaming regulator, had struck a liquidity-sharing deal with some of its European neighbors, PokerStars applied for the necessary credentials. Under the entity Reel Malta Ltd, a division of the Rational Group, the online poker operator has been given the high sign to open up PokerStars.fr.

In an official notice published by ARJEL on December 14, President of the Regulatory Authority Charles Coppolani signed off on the agreement, but issued a number of conditions. As per the document, PokerStars.fr will only be able to share players and prizepools if all other regulatory bodies agree.

Additionally, the poker operator must inform ARJEL of any changes to its operations and only conduct its business across the agreed borders.

While PokerStars and ARJEL were coming to an agreement, Spain’s regulatory body was preparing its own contribution to the new liquidity-sharing deal. On December 1, the Dirección General de Ordenación del Juego (DGOJ) published its licensing procedure for sites operating shared playerpools.

Following implementation of the new guidelines, the DGOJ announced on December 12 that an application window would open up soon. According to a report by Poker Industry PRO, around ten operators will be looking to obtain approval from the DGOJ, with Spain’s PokerStars.es certain to be one of them.

Hurry Up and Wait

While the exact timeline for liquidity sharing between France, Spain, Italy and Portugal has not yet been set, those involved are hopeful of a speedy process.

ARJEL’s Clement Martin-Saint-Leon recently told industry insiders that deal signed on June 6, 2017, could come into force as early as H1 2018. Speaking at the World Regulatory Briefing in London back in September, ARJEL’s Head of Consumer Protection said he was confident things could be in place relatively swiftly.

Prior to the agreement being signed, all four countries involved had seen their online poker economies contract. Although it took a while to piece together, those involved are confident that sharing players will help revive the current set-up and, potentially, lead to more deals in the future.

“This agreement will set the basis for cooperation between the signing Authorities in this context and will be followed by further necessary steps within each of the jurisdictions involved in order to effectively allow for liquidity poker tables,” read a statement from ARJEL on June 30, 2017.

This is come facinationg stuff to honest. With countries like Canada/UK/Germany you still have “create” ways to play. 1st you take away the right to play internationaly, than you figure that you need a “liquidity pool”, than what? I bet you money that after all of this law making they will revert to “just play and tax if its you main income” system and every1 will be happy(just look at NJ, tell me was that really that hard to come-up with?). Instead of regualtiong the fairnes of the game most laws are made to get an extra penny out of you… and how does that work out?