France Rejects Online Poker Player Pool Sharing, Much to the Chagrin of ARJEL 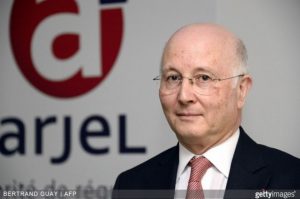 Charles Coppolani, whose efforts to bring player pool sharing to the French market were shot down in the National Assembly on Tuesday. (Image: pokernews.com)

French online poker has been dealt a blow, and it’s one that may strike at the very heart of the game’s life force. That because politicians in France have once again rejected proposals to authorize online poker liquidity sharing with other jurisdictions.

France’s online gambling regulator, ARJEL, had hoped to convince the French National Assembly to adopt an amendment to the country’s digital law that would allow player pools to be shared with other licensed European markets.

There had been a measured sense of optimism about the possibility of change. While Emmanuel Macron, France’s Minister for the Economy, Industry and Digital Affairs, had rejected an initial proposal 12 months ago, he had expressed his desire to work with ARJEL chief Charles Coppolani on the issue.

“We are currently working on it with ARJEL with a view [to including the amendment in] to the draft digital law. It is in this perspective that we want to treat the subject,” he said at the time.

The revised amendment proposed that liquidity-sharing compacts would only be formed with jurisdictions offering similar levels of regulatory protection and that there would be strict oversight to ensure compliance.

But the National Assembly voted against the amendment, as it did in 2013 against a similar measure proposed by Coppolani’s predecessor, Jean François Vilotte.

There was a sense then that some politicians had failed to grasp the bigger picture, as evidenced by a remark from Socialist Party deputy Razzy Hammadi.

“I am against [European shared liquidity] as it would turn online poker into an uncontrollable ogre eating one market after the other,” said Hammadi. “We should simply realize that poker is a little out of fashion today.”

Instead, France has opted to maintain a market that is ravenously cannibalizing itself.

Poker’s underperformance in the French online gambling market is largely being offset by a rise in sports betting, which, ARJEL reported, was up 30 percent, to €1.44 billion (1.56 billion) for the year.

Player pool sharing isn’t solely to blame for the downward trend in revenues, however; France’s punitive tax regime is also crippling the online poker market. Not only is it the only country that taxes every single hand of poker, but it also charges a 33 percent tax on gross gaming revenues as well.

As a result, the regulated market is forced to charge a high rake, and its bonuses and promotions are unable to compete with the unregulated, offshore market. And this latest rejection of liquidity in France won’t help level an already teetering ship.