Thai food is a controversial subject among poker players. Everyone has a strong opinion about which place is the best and I often hear conversations about it at the tables. So allow me to settle the matter in a way that won’t evoke any disagreements or controversy. I present you with… 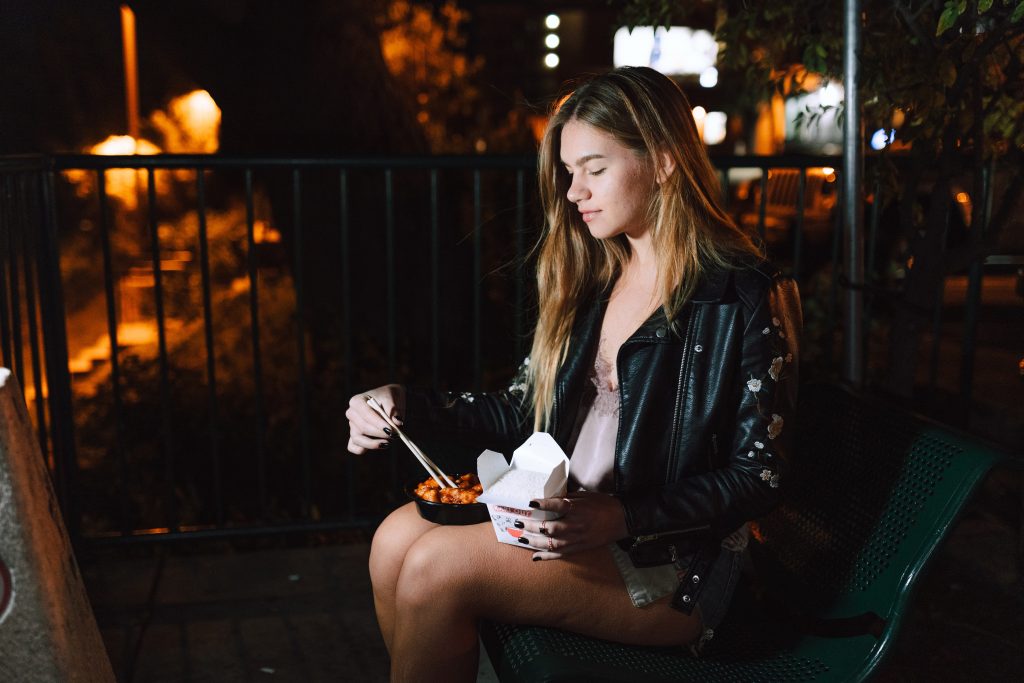 Spicy Thai food is a great way to clear your head after you bust a tournament (Image: Rodnae Productions via Pexels)

This list is not only well researched, but non-negotiable and exhausting … er … exhaustive. Yeah, that’s the word. Whichever one means that I put a lot of work into it and covered everything. Anyway, let’s just do a list of the top six. That will make it easier for you to tell me which numbers I got wrong and why.

If I were to rank these restaurants on value alone, Thai Spice might be the winner. It’s cheap, it’s almost never crowded, and the food is solid. My wife says they have the best pad thai in town. While their panang curry doesn’t quite compare to the top places on this list, it’s very good, and the war wonton soup is the best I’ve ever had. I once ran into Jared ‘WacoKid’ Hamby at Thai Spice and we were in agreement on the war wonton soup as the best in town.

You’ll eat for $15, there won’t be a crowd, and it’s a very short drive from the Rio. It’s hard to ask for more than that. Not a fancy place to impress a date, but quick, cheap, and solid.

It’s not really a secret anymore, Nittaya’s is solid Thai food. It’s not super cheap, and I wouldn’t put the food up against the most expensive places on this list, but it’s a good middle ground. And with multiple locations in the city, there’s probably one close by. They also have a solid bar and some very interesting dishes and drinks that other places don’t have. A good place for a casual second date.

Le Thai is a real bargain if you just order an entrée. The appetizers are pricey, but also unnecessary since the entrees are large and are all fantastic. A recently opened second location does mostly takeout west of the arts district in Rancho plaza, but the primary location is on Fremont Street just a block south of the Slotzilla zipline. If I’m on Fremont Street, and not in the mood for Nachos and Tequila at Nacho Daddy’s, I head to Le Thai.

The short rib fried rice, three-color curry, and pad see ewe are all highly recommended. After dessert, you can head over to The Griffin just down the street for a drink and then take a leisurely walk down Fremont Street to see some people naked that you wish weren’t, and hear a terrible saxophone solo out of the back of a truck. The high from the spicy Thai food and a drink or two will ensure that you have a good time anyway.

The former sommelier at Lotus of Siam left a few years ago to strike out on his own with the now-defunct Chiada restaurants. They had a duck curry dish that was some of the best Thai food I’ve ever had, and I lament their passing on a daily basis. But now he’s returned, joined by an accomplished mixologist with Michelin star experience, to create Lamaii.

The only reason Lamaii isn’t higher on this list is because I’ve only been there once. The food was spectacular, the wine list is amazing, and the mixed drinks are perfect. Once I find the time to visit again, I wouldn’t be surprised to see Lamaii at or near the top of this list. Lamaii isn’t cheap — you’ll spend at least $20 on an entrée alone — but it’s very well worth the money. The crispy duck curry is every bit as good as it was at Chiada, and you’ll find traditional Thai dishes here that you won’t find anywhere else in Vegas.

Located in Chinatown, a short drive from the Rio at Spring Mountain and Arville.

Amazing food in a relaxed setting for a reasonable price (Image: Chris Wallace)

While Archi’s may not be as fancy as Lamaii or Lotus, they rank high on this list because of the remarkable value they offer. The food is fantastic, the service is fast, and the prices are very reasonable. A meal for two just a few nights ago was only $30 and the curry was brilliant. My wife Jordan ranks this as the second-best Pad Thai in town after Thai Spice.

Archi’s has multiple locations, and unless it’s a typically busy time like dinner on a weekend, you probably won’t need reservations. The best egg rolls in town and a nice bar as well. Casual enough that you’ll feel comfortable in shorts and a t-shirt. They are nice places, but maybe not for a first date — a bit casual for that. The food, however, will impress damn near anyone.

The nuts when it comes to Thai food in Vegas (Image: Lotus of Siam)

I could write an entire article about the institution most local poker players simply refer to as “Lotus.” They’ve been serving the highest quality food from Northern Thailand for more than two decades and every meal I’ve had there has been brilliant. The service, the wine list, the mixed drinks, the food, the setting — it’s all spot on. A great place to take a date, a great place to impress a potential business client, Lotus is even a great place to just go by yourself and pile spicy curry into your face until you are too full to move and too high on capsaicin to care.

The expansive menu includes so many winners that it’s hard to even pick one. Just order whatever sounds good, and you can trust that they will bring a steaming plate of sweet and spicy joy. It won’t be cheap; food this good at a steakhouse or fine dining restaurant would cost at least twice as much. That’s part of the joy of Thai, especially in Vegas. You can have a world-class meal for $30, which will barely get you a burger and a beer on the strip.

I urge you to try the many other excellent places on this list, but when you need a guaranteed winner, Lotus is the nuts. Beware, you will need reservations. This place is no secret to locals, and every poker pro in town for the WSOP already knows about it and has reservations on dinner break. One location is temporarily closed, but the original restaurant on Flamingo is still open, and it’s a very short drive from the Rio.

So much good Thai Food in Vegas

There’s so much good food in Vegas that I’ll never get a chance to try it all. I hear great things about Weera, Arrawan, and Komol as well, with Komol reigning as a favorite among my vegan and vegetarian friends. If your favorite Thai spot isn’t mentioned here, let me know on Twitter @foxpokerfox and I’ll make sure to get to it. I’m always looking for an excuse to try a new Thai spot.

If I’m in the mood for Thai food on my upcoming trip, I’ll be sure to check one of these out. Interesting that the best Pad Thai imho in Indy is also at a Thai Spice. I’m a little lost on the wor/war wonton soup as I’ve not seen it on the menu here. I’ll have to check it out, it’s usually tom yum for me lol.