As we move along in the 2016 World Series of Poker Main Event, we’re reminded that past champs Joe Hachem and Greg Raymer are synonymous with the “poker boom” era. They followed Chris Moneymaker’s lead in 2003 by winning the Main Event in the subsequent two years (Raymer in 2004, and then Hachem in 2005). 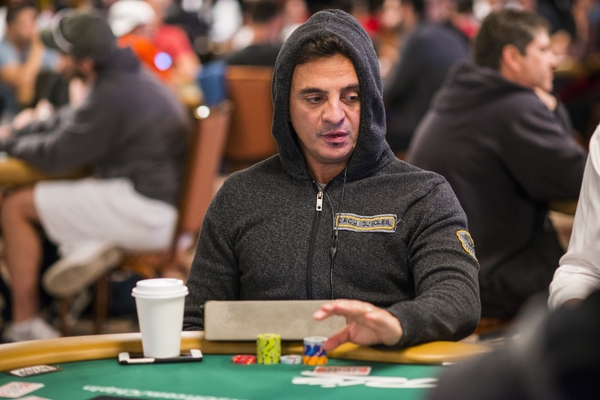 Joe Hachem was the first-ever Aussie to win the WSOP Main Event, scooping the top prize of $7.5 million in 2005. He’s back to play again this year. (Image: pokerphotoarchive.com)

Both poker players took a similar rise to fame. They entered the Main Event as unknowns, won the biggest annual tournament there is, and now everyone in the room recognizes their faces, more than a decade later.

I caught up with the former champs at the Rio in Las Vegas during Day One of the Main Event. We talked about everything from being a top dog in the game to what online’s future looks like. As we went to press, Hachem was still hanging in for Day 2C on Wednesday, and Raymer had ended up in the 266th spot for Day 2AB (Tuesday) with 179,800 chips, heading into the combined Day Three on Thursday.

How Poker Has Changed in More Than a Decade

Is poker tougher now than a decade ago? You might expect the 2004 and 2005 Main Event champs to defend the old school players the way that others, such as  Daniel Negreanu, have done. But that wasn’t close to what they told me when I asked if the Main Event fields are more difficult now than back when they won.

“I definitely think the Main Event is more difficult these days,” Hachem suggested. “The ratio of good players to bad players is definitely a lot higher now.”

Now there’s an observation you don’t hear every day.

Winning the Main Event is the dream of nearly every poker player, recreational or pro. But having won such a major event once, do the champs feel any pressure to continue taking down top-dollar tournaments to validate their legacy? 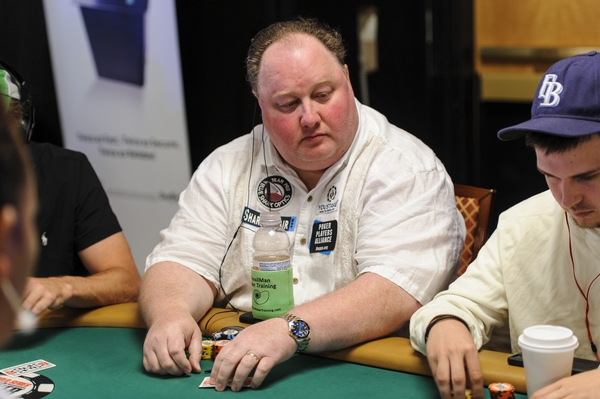 “I don’t feel any pressure,” Raymer said. “But I’m sure if I won a few more bracelets, that would mean a lot in the public’s eye.”

“That’s over. That was the first 10 years,” Hachem said with a laugh. “Now I just want to enjoy it and whatever happens, happens.”

Ah, to embrace such a relaxing attitude. If only we could all live in such a laissez-faire manner.

Joe McKeehen, after winning the Main Event last year, was asked by an ESPN reporter how he will serve as an ambassador for the game. He struck down the notion that he or any Main Event champ must be an ambassador on any level. But Joe Hachem, who comes from an older, perhaps more gracious, generation, doesn’t agree with his comments.

“I absolutely believe that the winner should be an ambassador and try and represent the game because the Main Event is what everyone in the world knows about. And so the chosen ambassador is the one who wins the Main Event,” Hachem said.

But why is it the responsibility of the winner to be a good ambassador?

“It encourages people to seek out that dream of being the world champion.”

If a person who doesn’t care about poker and who only cares about the money wins the Main Event, is that person still responsible for becoming an ambassador?

“I can’t do anything about that,” he responded. “I can’t force people to be [a representative for poker]. That’s just my opinion. The biggest difference in poker between today and, say, 20 years ago, is that a huge number of people in the game today are only in it for financial reasons.

“Whereas, back in my day, it was something that we loved to play and it turned into something lucrative, which means a lot more to me,” said the Aussie champ.

Online Poker in the US: What’s the Prognosis?

Since Black Friday in 2011, the online poker market in the United States, to put it bluntly, has struggled. But there are many poker players and organizations, such as the Poker Players Alliance, fighting hard to get our lawmakers to pass legislation around the country.

So far, it’s been Nevada, Delaware, and New Jersey only that have regulated licensed, legal online poker sites. A few other states, such as California, appear to be getting closer and closer to taking that leap of faith. I asked the champs if they are optimistic about the future of online poker in America. The two friends don’t seem to agree on this issue.

“I’m totally pessimistic,” Hachem said. “I just think the wind has gone out of our sails.”

Raymer is more optimistic. “We’ll definitely get more states in the near future,” he said, but made one concession. “But it’s not too likely we’re going to get federal legislation, because as we get more states [legalizing online], some of those senators and congressmen will vote against federal legislation, because it will preempt their state bill.”

Raymer and Hachem both keep in contact with some fellow former Main Event champs. And while Raymer remains close friends with Hachem and Chris Moneymaker, he doesn’t get to see them as much as he’d like.

“I travel around to other events and they’re out doing their stuff,” Raymer said.

Hachem’s heads-up opponent in 2005, Steve Dannenmann, was a breath of fresh air to watch on ESPN because he was clearly just happy to be there. He didn’t take his game too seriously and had great comradery with Hachem at the final table, which made for great television. Do they still keep in contact?

“Whenever we’re at the series. We’ll probably catch up and have a beer before the series ends,” Hachem told me.

And now the question you’ve all been waiting for. If Joe gets back to the final table, can poker fans expect another “Aussie Aussie Aussie!” chant from his rail?

“There will be a whole plane load,” he assured me with a smile.

Look forward to it, Joe. We’d love to see a great enthusiast take this one down, and inspire other players with his love for poker.

You didn’t ask Raymer how the hookers are this year?