Don Nelson is the NBA’s all-time winningest regular season coach, and he’s continuing to win big in retirement, at least in the game of life. 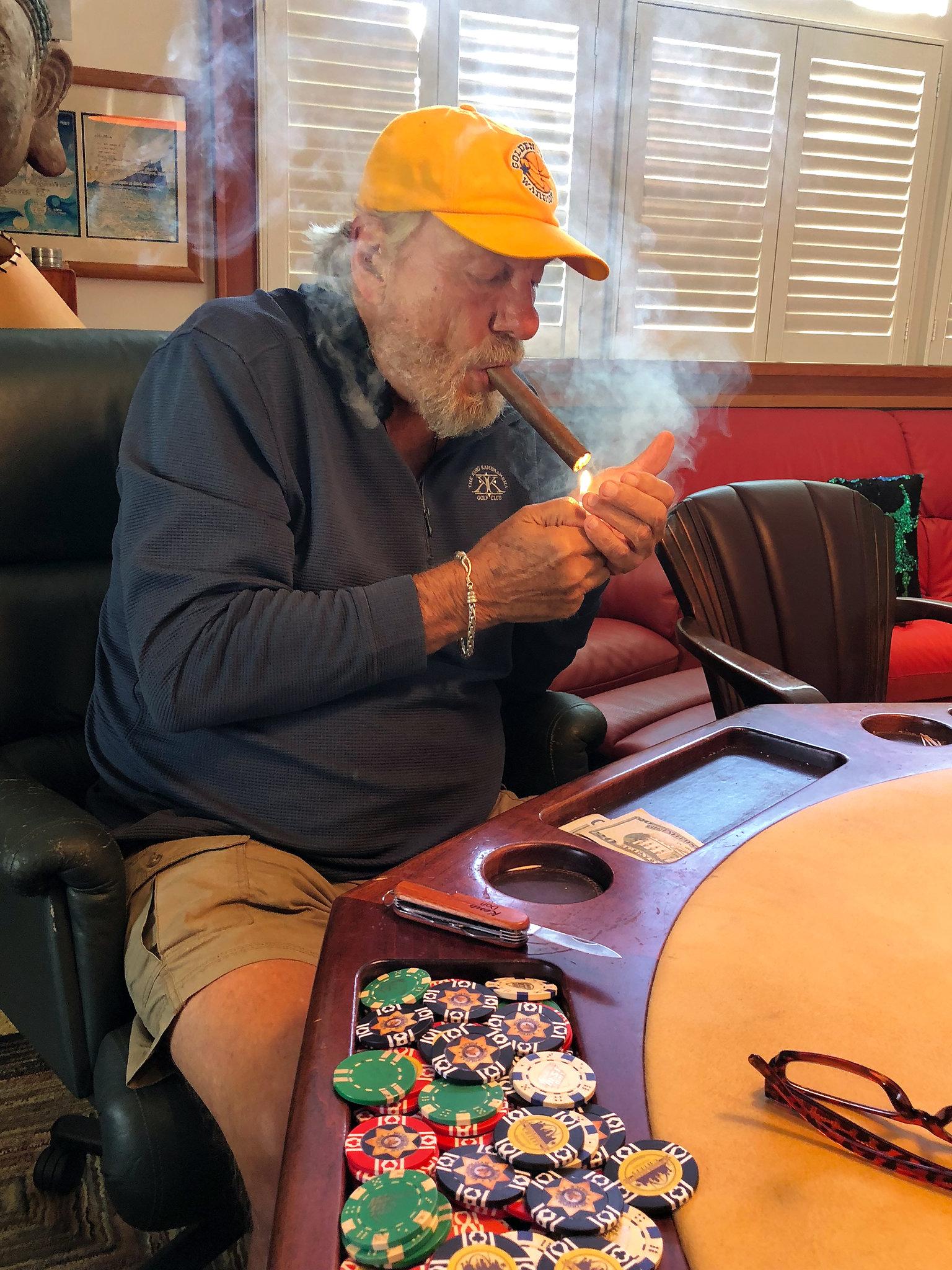 NBA Hall of Fame coach Don Nelson smokes a cigar in front of the poker table he owns inside his mancave in Maui, Hawaii. (Image: New York Times)

The former coach of the Dallas Mavericks spends his golden days playing poker with celebrities at his house and smoking weed with legendary musician Willie Nelson.

Getting High with a Country Music Icon

The New York Times interviewed “Nellie,” who starred at the University of Iowa in the late 1950s and early 1960s before playing 14 seasons in the NBA, to get an inside look at the Basketball Hall of Famer’s life after basketball.

Nellie, 77, now lives in Maui, Hawaii, where the highs rarely dip below the 70s, but those in their 70s like to get high, apparently.

Nelson, who says he carries a medical marijuana card in a state where weed for recreational use is illegal, grows his own pot but told the NY Times he’s “never sold” to a dispensary and “would never do that.”

He calls his pot “Nellie Kush.”

“It’s O.G. and Hindu Kush. Hindu Kush is really good. It comes from India and the guy that brought it over mixed the two of them, so we’ve got Nellie Kush now,” the coach said.

Nellie claims he never started smoking weed until “three or four years ago,” and said Willie Nelson, one of the most recognized country music artists in history who is of no relation, got him into pot.

Many former athletes turn to marijuana for medicinal purposes upon retiring from the game. Cannabis is known to have heeling benefits.

“When any athlete gets old, every injury you have sustained seems to resurrect. It helps me deal with the pain without pain pills, and helps with that stress.” – Don Nelson.

Coach Nelson is hardly the next Molly Bloom, the “Poker Princess” whose life as a Hollywood high stakes poker home game host was turned into an autobiography and movie, but he does host a regular poker game from his homemade poker room at his Maui home.

The former Iowa Hawkeyes forward said he invites Willie Nelson, and award-winning actors Owen Wilson and Woody Harrelson, among others, to the game.

When the Hall of Fame coach is involved in a hand, he says the pots don’t get too big and classified his style of play as “conservative.” But the other players, they’re “wild,” especially Harrelson, who Nelson said is a “terrible card player.”

Phil Ivey and every other high stakes poker player would love to get into that game.

Awesome piece. Very good player, cool coach, and junior is carrying on the tradition. Now, to be a “fly on the wall” to the exploits of his “rock star” lifestyle, fun, priceless.

Perfect, nobody. Hard to be all things great, this guy, as close as a human gets. 🙂

Mr. Don Nelson Sir , looks like you need Johnny Aces their to make the table complete. Contact me sir. Would be a honor and privilege to play with you fine Gentlemen. 🙂 A poker player can dream right? 🙂