In what might be the most ironic development since the man who played McGruff the Crime Dog got arrested, former Major League Baseball Commissioner Fay Vincent says he expects the United States to legalize sports betting and suggests it would be a huge development for athletics. 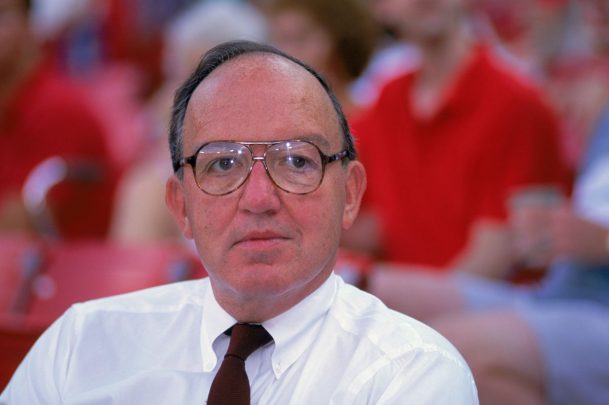 Vincent was the head of MLB from 1989 to 1992. He’s most remembered for sticking to his guns on Pete Rose’s lifetime ban from baseball for betting on games, a decision imposed by his predecessor Bartlett Giamatti.

Giamatti, a close friend of Vincent, served just five months as commissioner before unexpectedly dying of a heart attack in September 1989.

One week before passing away, he banned Rose, the game’s all-time hits leader, for life after an investigation discovered he had bet on games while playing for and managing the Cincinnati Reds. Rose long denied the allegations before fessing up in 2007.

MLB rules state that players and managers caught betting on baseball games will be banned from the game for life. Charlie Hustle, a star on Cincinnati’s dominant 1970s squad dubbed the ‘Big Red Machine,’ remains banned to this day and current Commissioner Rob Manfred won’t budge.

Isn’t it Ironic…Don’t You Think?

Almost 25 years since he left his position, Vincent says the United States is on the cusp of legalizing sports betting and it would be one of the biggest developments in professional sports history.

Somewhere, Pete Rose is probably adding his own verse to Alanis Morissette’s 1990s song ‘Ironic.’ The former commissioner wrote a letter to the editor in the New York Times in July in response to the newspaper’s column on the pending Miami Marlins sale.

“’For Sale: Team With Few Fans, Sweet Stadium’ (front page, July 5), about the effort to sell the Miami Marlins baseball team, doesn’t report the possibility that legal betting on all major sports is not far off. The anticipated flood of revenue to baseball team owners may explain the price being asked, $1.2 billion,” the former commissioner penned.

Jeffrey Loria, the Marlins owner, is seeking more than eight times his initial $158 million investment in the deal. Vincent, in an interview with ESPN, says “gambling is precisely why these prices are going up.”

Currently, Nevada is the only state with legally operating sportsbooks. In 2012, New Jersey Governor Chris Christie signed a bill that briefly legalized sports betting in the Garden State, but the courts jumped in and struck it down before any bet was taken.

In June, the U.S. Supreme Court said it will hear arguments from New Jersey sometime later this year on the state’s appeal to legalize sports betting. Vincent told ESPN this is a “big deal,” and appears optimistic New Jersey will win the case. If the state prevails, it could lead to additional states legalizing sports betting.

During his interview with ESPN, the former commissioner had to defend his stance against Pete Rose following his more recent sports betting comments. He said he still isn’t a proponent of gambling, but money talks.

“The complexities are staggering,” he said. “But that is such an enormous amount of money, you can see why people would be grasping for it.”

But he’s still opposed to Pete Rose getting a second chance. Interesting.