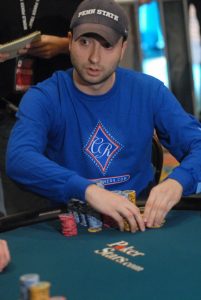 The former “Red Pros” of the Full Tilt Poker old guard are finally out of the red. The Garden City Group (GCG), the claims administrator in charge of reimbursing Full Tilt victims, announced that it’s received approval to start administering the claims of the second tier of Full Tilt Pros: those players who were sponsored by Full Tilt Poker, but were not part of “Team Full Tilt.” As well as the Red Pros, this includes players classified as “Friends of Full Tilt” and other sponsored professionals.

In a statement on FullTiltPokerClaims, GCG has said that this group is entitled to receive the portion of their account balances that is not “attributable to compensation provided by FTP or affiliate revenue,” although they will be entitled to money earned through rakeback.

That last point could be significant for many players; while Team Full Tilt represented the core of handsomely paid pros who were closely affiliated to the company and its owners, and in some cases were its owners, the Red Pros were peripheral figures, often on temporary contracts that in general paid them $35 per hour to play on the site, with an added incentive of a hundred percent rakeback, plus the odd payment for appearing logo’d up in a magazine. Not a terrible way to make a living, but hardly the big time, either.

While the long wait for reimbursement ended for most former US Full Tilt customers with the first round of payments on “Green Friday” on February 28 of this year, the Red Pros were left agonizing until this week, perhaps because the auditing of the accounts of this group was far more complex than that of the average customer. This is why GCG has instructed the group to file petitions that may include emails, screen-captures and bank statements in order to substantiate their claims.

Red Pro Ryan Daut summed up the feelings a lot of the Red Pros, some of whom are high-stakes players and had large bankrolls on Full Tilt, in a recent interview with igaming.org. “The whole process has sucked,” he said. “It’s amazing how many of the stages of grief you go through in a process like this.”

He also feels a certain amount of guilt simply for his association with the company.

“Then there’s the part of me thinks I don’t deserve all, or even any of the money,” he said. “I was a Full Tilt Pro for two and a half years. I received a little over $100,000 in 100 percent rakeback plus $35 an hour payments over that time, which is similar to the amount of money I have frozen on the site. But then you start bargaining with yourself and saying ‘It’s okay if they take the $35 an hour, but I at least deserve to keep the rakeback because other players are getting their rakeback!’ ”

The deadline to submit applications is September 4. If you feel you have a valid claim, visit the GCG website. For queries you can contact the group toll-free on (866) 250-2640, or by email at info@FullTiltPokerClaims.com, or write to Full Tilt Poker Claims Administration, c/o GCG, P.O. Box 9965, Dublin, Ohio 43017-5965.