Howard Lederer, once the face of poker site Full Tilt and the man many blame for the loss of their deposits, has released a public statement five years after the fact. A founder and former board member of the site, the once-revered player has been all but shunned by the poker community for his failure to own his part in the site’s demise, up until now. 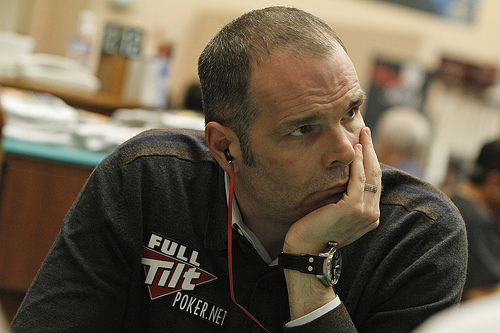 Full Tilt founder Howard Lederer finally breaks his silence and says “sorry” for his failure to mitigate the damage to players when the site collapsed. (Image: worldpokertour.com)

Following the Department of Justice’s (DOJ) shutdown of Full Tilt on April 15, 2011, a number of revelations came out about how the site and its board of directors handled players’ bankrolls.

Being both a part owner and a public figurehead for the site meant Lederer was tasked with explaining Full Tilt’s inability to pay back players who had their bankrolls locked on the site following the DOJ shutdown.

As further information came out on the debacle, it was learned that Full Tilt didn’t segregate player funds from its operating funds, a reality which led to a cash shortfall that the site could never make up.

Too Little, Too Late?

Despite apologizing for the site’s actions during a candid video interview with PokerNews reporter Matthew Parvis in 2012, many members of the poker community still spit venom whenever Lederer’s name is mentioned.

While time (and the intervention of PokerStars) has helped heal some of the wounds left by Black Friday, Lederer has decided to stir up a potential hornet’s nest with his latest public statement.

Posted online by longtime Lederer critic Daniel Negreanu on Thursday, the statement appears to be a sincere apology from the former Full Tilt boss.

“I am writing to apologize to everyone in the poker community, especially to all the players who had money on Full Tilt Poker on April 15, 2011,” the letter begins.

With an apology in the opening line, Lederer takes a different approach to the one he took in 2012, deciding not to deflect the blame for what happened to players, both in the US and around the world.

“Players felt lied to. They trusted the site, and they trusted me, and I didn’t live up to that trust. I take full responsibility for Full Tilt’s failure to protect player deposits leading up to Black Friday,” Lederer expounded in the letter.

Change of Heart, Change of Tone

The letter then details how Lederer felt that the rise of Full Tilt and its success ultimately changed him. This switch in personality essentially put him into defense mode when the crisis hit and, instead of taking responsibility for the situation, he convinced himself he was the victim.

During a talk with a friend at a wedding in 2014, Lederer says he was confronted by said friend with the realities of his wrongdoing, actions which the poker pro described as a “slap in the face.”

Although the epiphany might have come five years too late, he concludes the letter with a seemingly genuine “I am sorry.”

Whether or not there is an ulterior motive behind the letter is unclear. There has been some suggestion that the poker community persona non grata wants to make a comeback and play at this year’s World Series of Poker without fear of reprisal. However, the tone does seem to be different from the one used back in 2012.

For his part, Negreanu believes that writing the statement was “good for Lederer” and something he should have done five years ago. The new American citizen also stresses to readers of his blog that whether or not you accept Lederer’s apology is “up to you.”

He’s willing to take full responsibility but he’s keeping the cars, mansions and millions he stole.

F*ck him. Seriously, he’s a scumbag.