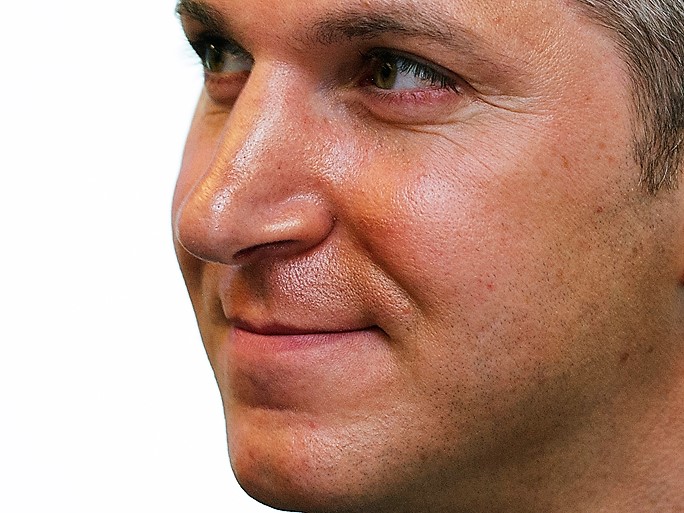 David Baazov, once the golden boy of online poker, was merely a figurehead for the former Amaya, concealing the ownership of his brother Josh Baazov and their associate Craig Levett, according to the Quebec financial regulator AMF.  (Image: Graham Hughes/National Post)

David Baazov, the disgraced former chairman and CEO of Amaya (now called The Stars Group), was allegedly not the majority shareholder in the company, according to shocking new revelations. Instead, the Quebec financial regulator AMF believes he acted as a place-holder, or “nominee” as the securities industry calls it, holding as much as 75 percent of the PokerStars parent shares.

Behind it all was his brother Josh, and their long-time business partner Craig Levett, alleges the Canadian version of the SEC, the Autorité des marchés financiers, or AMF.

The new claims come from court documents filed in court last week by the AMF. The regulator is currently building a case against David Baazov, who is due to go on trial on four counts of securities fraud, all of which he denies. The court date is currently slated for a start of November 20, but is liable to change.

Insider trading allegations led Baazov to step down from his executive roles and sell all but a smattering of shares in the former Amaya.

Power Behind the Throne

The court filings, which have been seen by Montreal’s La Presse, claim the share arrangement was laid out a decade ago in a “secret agreement,” evidence of which the AMF says it found on a cell phone seized from Josh Baazov.

In 2007, David was listed as the sole and total shareholder of Amaya, but in reality, 75 percent was owned by Josh Baazov and Craig Levett, the AMF claims. The agreement gave the two men unfettered access to Amaya’s books and established that no major decision could be made without their approval.

As a convicted telemarketing fraudster, it would have been expedient to conceal Josh’s interests in the company. But it would have also been illegal to hoodwink the authorities that licensed PokerStars across the globe, as well as the company’s public shareholders, and the financiers and regulators that backed Amaya’s $4.9 billion buyout of the online poker giant in 2014.

Rumors have been swirling for some time that the two phantom shareholders had more to do with the company than they let on, although this has been officially denied by Amaya.

They had been partners in bookmaking outfit BetonUSA prior to UIGEA, and have been linked, post- UIGEA, to Oddsmaker.com, another offshore US-facing sports book. But last year, the Canada’s Globe and Mail news site reported numerous instances in which Josh Baazov had claimed to represent Amaya to business leaders and government officials in several countries.

Just before its 2010 IPO, the Amaya prospectus offered to potential shareholders stated:

The Company declares that to the best of its knowledge, no director, officer or shareholder holding a sufficient number of shares to have a material influence on the control of the company has been subject to any other fines or penalties imposed by a court or regulatory body that could reasonably be regarded as material to a reasonable investor making an investment decision.

But in 1995, Josh Baazov was convicted for cocaine possession and, two years later, ordered by a US federal judge to pay $777,000 to compensate the victims of his telemarketing fraud. As of 2015, he had not paid anything on record, however.

Both Josh and Levett are also named as beneficiaries of the alleged insider trading scheme that David Baazov is accused of orchestrating.

On Wednesday, a spokesperson for David Baazov angrily denied the claims.

“Through prejudicial leaks, false declarations and persistent insinuations, this affair is transformed into interminable fishing,” he said. “The AMF continues to manage this case in the court of public opinion because it cannot win in court. David never held Amaya shares for anyone other than himself.”