The multibillion-dollar merger between The Stars Group and Flutter Entertainment has been cleared by the UK Competition & Markets Authority (CMA). 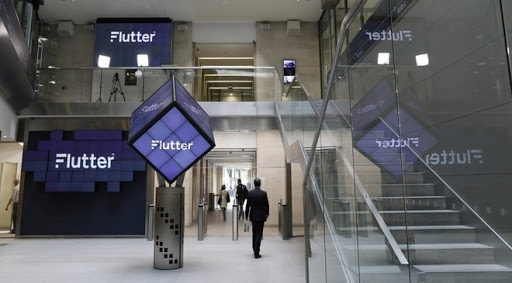 The multibillion-dollar merger between Flutter Entertainment and The Stars Group has been given the all-clear by the UK’s competition watchdog. (Image: Flutter)

Approval from the competitions watchdog marks one of the final steps before the two companies begin the final stages of their merger.

The investigation itself was launched in February 2020, five months after news of the deal broke. Calling for public views, the CMA wanted to establish whether or not the merger would lead to a “substantial lessening of competition” within the industry.

Another Phase Complete for The Stars Group

The Phase 1 review under the Enterprise Act 2002 was cleared unconditionally by the CMA this week. Although the merger will create the largest betting and gaming company in the world, its nuances won’t lead to a significant loss of options for consumers.

A representative for The Stars Group said the company “welcomes” the announcement. However, at this stage, it’s far from a done deal. For Flutter and The Stars Group to become one, the merger needs to be approved by the UK Financial Conduct Authority.

Additional approvals from the London Stock Exchange, Euronext Dublin, and the Ontario court system also have to be cleared. Finally, shareholders in each company will have their chance to vote on a deal that will see Flutter absorb The Stars Group.

Assuming everything proceeds according to plan, the projected completion date is Q3, 2020. However, with the new coronavirus causing disruption around the world, it may take longer.

Hearts Will Flutter When Mega-Deal Completes

Regardless of when it happens, the merger will see Flutter Entertainment take a controlling stake in the new entity. As per the terms of the all-stock deal, Flutter’s shareholders will hold approximately, 54.6% of the new company. Those with a stake in The Stars Group will own 45.4%.

Splits aside, the new betting and gaming entity will be worth around $12.25 billion with annual revenue topping $4.65 billion.

At those levels, it will be worth more than double two of its closest rivals, GVC Holdings and Bet365.

The day-to-day operations of both companies won’t change dramatically in the short term. PokerStars will remain as is, as will Flutter Entertainment’s primary platforms, Paddy Power and Betfair.

Where the deal may have the most immediate impact is on the company’s international status. With the US still a relatively untapped market for both parties, and sports betting on the rise, this could be an area where the merger makes a significant mark.

New Ways to Break Through in America

Both Flutter and The Stars Group have a presence in the US. The former through Betfair and FanDuel, both of which have platforms in New Jersey. The latter through FOX Bet (formerly BetStars), which is a collaboration with media giant FOX Sports.

These platforms will give the newly formed entity a solid base in the US. However, with investors at Morgan Stanley predicting the US sports betting industry will be worth $8 billion by 2025, operators have only scratched the surface of what’s possible.

Flutter’s Paddy Power is one of the biggest sports-betting brands in Europe. Although it technically has interests in New Jersey, thanks to DFS sites FanDuel and DraftKings, the name Paddy Power isn’t familiar to most US consumers.

With support from The Stars Group, launching a Paddy Power-branded platform may now be possible. What’s more, there’s scope for crossovers between FOX, FanDuel and every other asset within the newly formed group.

With more money and firepower at their disposal, Flutter Entertainment and The Stars Group will be in an ideal position to put a stranglehold on the US market.

The merger of Star Group and Flutter, may be a good deal for shareholders at the beginning, more to the point that players who are the main customers have to change the games or offer new games and bets.
It is evident that for the corporate environment it will be great, as there will be expenditure restraint and dismissal of people, as operations will be simplified and it will be more accurate and greater profits, now it remains to know and the players.