Flutter Entertainment, the conglomerate which owns gaming firms including Paddy Power, Betfair, and FanDuel, is now acquiring The Stars Group in a $6 billion share swap that will leave Flutter with a 54 percent controlling interest in the combined company. 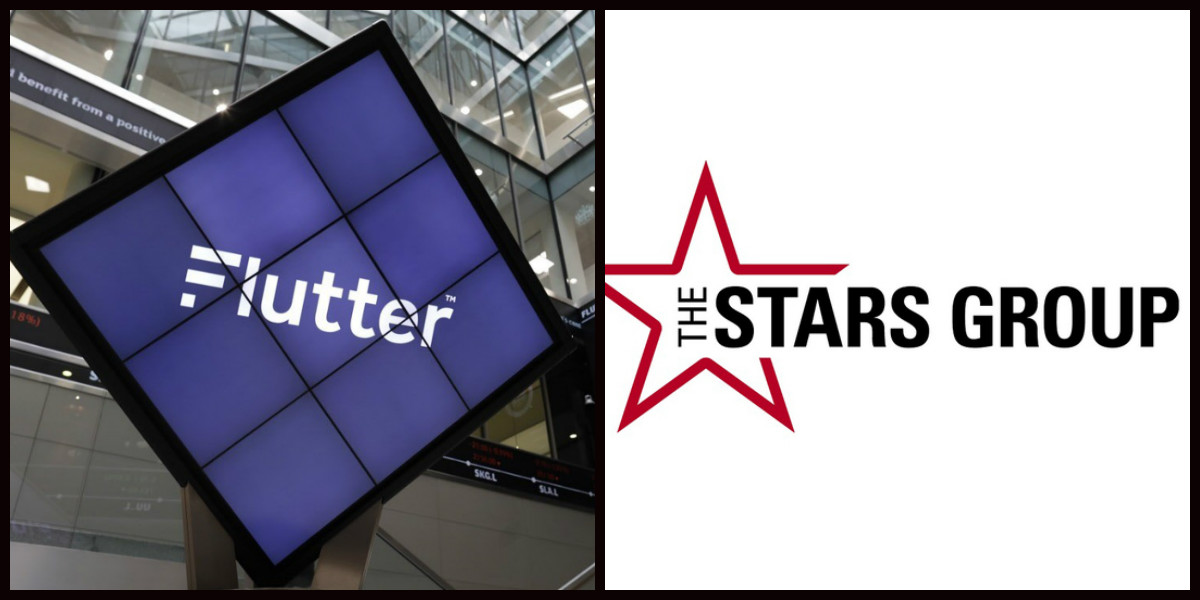 Flutter Entertainment is set to acquire The Stars Group in a deal that will create the world’s largest online betting and gaming firm. (Images: Layton Thompson/Racing Post, The Stars Group)

The deal, which will need to be approved by shareholders of both companies, will create a global online gambling giant that could be worth nearly $12 billion.

Flutter Capitalizing on US Sports Betting

Both groups are expecting to seek approval from shareholders in the second quarter of 2020. The acquisition could be finalized sometime around mid-2020, though the timing will depend on regulatory approval in multiple markets.

The deal involves a number of major brand names, with online poker being only a very small portion of the activities in the combined company. Much more significant will be how the deal impacts the growing legal sports betting landscape in the United States.

Fox Sports has already launched FOX Bet in conjunction with The Stars Group, giving the media company a stake in the sports-betting market. As part of the takeover, Fox Sports will also have the right to acquire 18.5 percent of FanDuel – which is owned by Flutter – at market value in 2021. FanDuel has established itself as one of the early leaders in American sports betting, with successful live and online sportsbooks in New Jersey, Pennsylvania, West Virginia, and New York.

According to Flutter CEO Peter Jackson, the combined business of the merging firms will provide gaming services to approximately four million gamblers in 100 markets. Jackson emphasized how the deal would help his company use both the Fox Bet and FanDuel names to further penetrate the US sports betting market.

We are committed to these two, high-quality brands to drive the growth of the Combined Group in the US,” Jackson said in a statement. “The combination will turbocharge our existing four-pillar strategy and provide world-class capabilities across sports betting, gaming, daily fantasy sports and poker.”

The combination of The Stars Group and Flutter Entertainment brought in a combined annual revenue of £3.8 billion ($4.67 billion) in 2018, which would have made it the largest online betting and gaming operator in the world for that year. In addition, the expectation is that there will be substantial cost savings for the two companies once they’re combined, with a statement putting that amount in the range of £140 million ($172 million) per year.

PokerStars has already been a part of one of the largest online gambling acquisitions of all time. Back in 2014, the Rational Group – then the parent company for PokerStars and Full Tilt Poker – was snatched up by the Amaya Gaming Group for a massive $4.9 billion, at the time creating the largest publicly traded online gambling firm in the world. Amaya changed its name to The Stars Group in 2017.

hi hi
please what does this mean to me and all us play on pokerstars – anything?

Many and large numbers, but I think they will continue with the tendency to give priority to online gambling and casino games, leaving poker last.
I hope poker improves a bit, customer service etc. because as it is now, it takes a week to respond, and I have seen many cases of players suspended their poker privilege for no apparent reason.