When amateur poker aficionado John Langevin travelled from his home in Pensacola, Florida, to take part in the 2017 Card Player Poker (CPP)Tour at the Scarlet Pearl in Mississippi about two hours away, he didn’t tell his mother he wanted to use anything he might cash for her benefit. 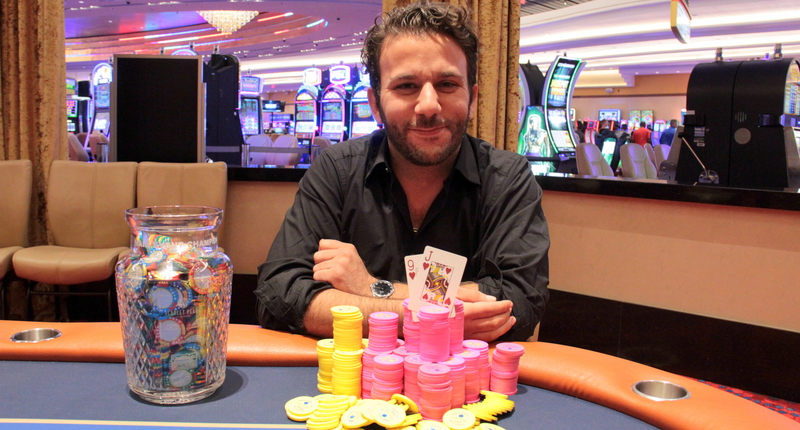 Poker dealer John Langevin used his table skills to do some good for his mother after a tournament win at Mississippi’s Scarlet Pearl casino. (Image: cardplayer.com)

Following a long-term battle with chronic obstructive pulmonary disease, Langevin’s mother Josephine had spent time in a hospital just before the tournament got underway, according to a recent story in the Pensacola News Journal (PNJ).

Not a Bad Day’s Work at All

As the final table got underway, the Florida man sat with the second-largest chip stack and used his experience as a poker dealer to grind his way to the final three players. Despite holding the chip lead with just two players left, Langevin wasn’t prepared to gamble and decided to cut a deal.

When the cards had fallen, he captured the title after beating Matthew Sirchia heads-up. As well as taking home the winner’s trophy, Langevin banked $22,993, a prize he’s since earmarked for his mother’s healthcare.

In describing his win to his hometown news site, the PNJ, Langevin explained that he didn’t want to create any expectations, so he didn’t tell his mother he was going to play in the tournament. Although he admits his mother’s health wasn’t the only reason he anted-up, he did tell the local news outlet that it was a motivating factor.

Not His First Win

The recent win will certainly go down as Langevin’s most talked about, but it’s not his only victory on the live circuit. As well as cashing in two WSOP Circuit events and the 2016 WSOP Colossus, the part-time player won $51,894 when he took down the 2014 Spring Break Poker Classic in Biloxi, according to his Hendon Mob profile.

For now, he’ll return to his international business degree course at Pensacola State, but his passion for the game means he’s likely to be back out on the poker circuit in the near future.