Some Florida lawmakers want to change the state’s gambling laws to allow poker rooms and slot parlors to operate without being tied to live horse racing. 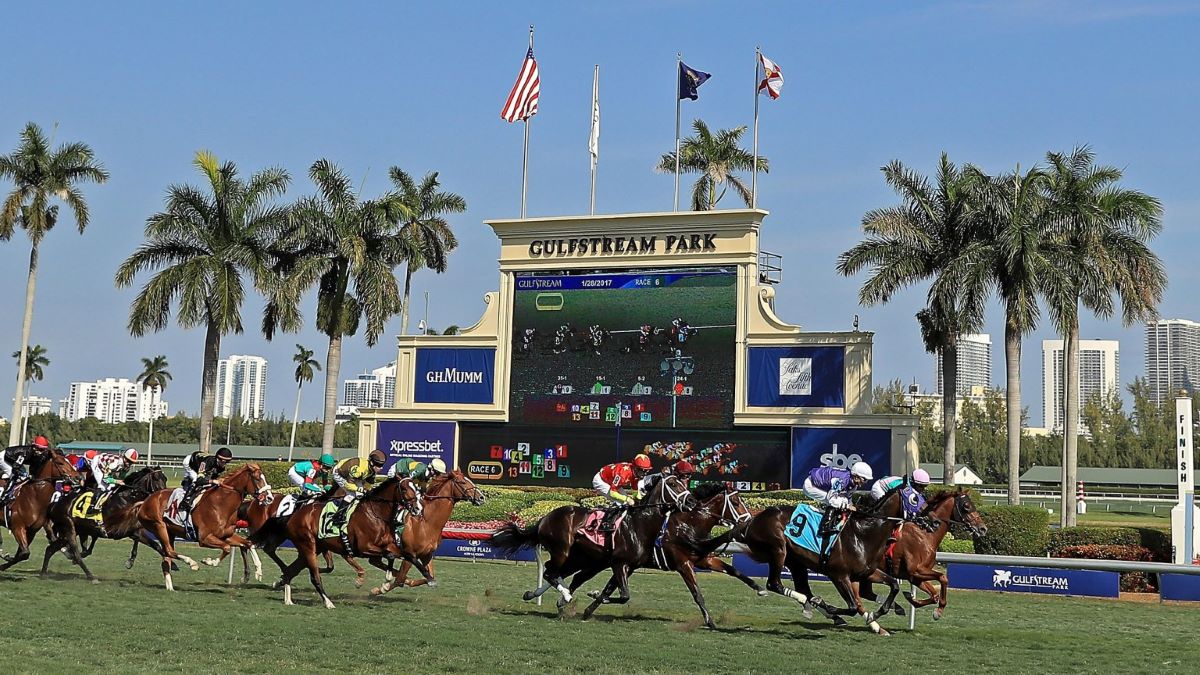 Gulfstream Park is among the facilities fighting a bill that would allow Florida facilities to offer poker and slots without also offering live racing or jai-alai. (Image: OG News)

Seeing flagging interest in horse racing while poker and other casino-type games boom, the Florida Senate advanced SPB 7080 through the Senate Regulated Industries Committee on Monday. The legislation will get a hearing in the Senate Appropriations Committee today.

The bill would allow a process known as “decoupling,” permitting facilities in the Sunshine State to offer card games and slots without the previous requirement that they also offer harness or quarter-horse races, or jai-alai.

The bill also forbids live greyhound racing, an industry that has seen its share of criticism for the treatment of its animals.

Owners of race tracks generally don’t like the legislation, arguing that it could devastate the horse racing industry in Florida by increasing competition for slots and card rooms, and reducing track revenue.

The Tampa Bay Times reported that the president of Stronach Group, the corporation that owns Gulfstream Park — one of Florida’s largest tracks — flew to Tallahassee from California to testify against the bill on Monday.

“The consequences of creating an uneven playing field amongst slot permit holders would be devastating to the Florida thoroughbred industry, which is one of the largest agricultural sectors in the state of Florida,’’ said Stronach Group president Mike Rogers. “Any reduction in casino purses would significantly impact local jobs and the underlying stability of the horse racing industry.”

The Times said critics argue that, while thoroughbred tracks would continue to operate live racing, their competitor casinos wouldn’t have to do the same to offer poker and slots, which could create a distinct advantage for the latter.

Sen. Ray Rodrigues (R-Estero) said at the hearing that facilities that offer quarter horse racing and jai-alai matches “are really just going through the motions” now so they can also offer poker and slots.

No sports betting or new compact with Seminoles

The Center Square reported that the committee also pushed through SPB 7076, which could create a state gaming commission, and SPB 7078, which creates public records exemptions for that commission. Those two bills will also get a hearing in the Senate Appropriations Committee on Wednesday.

The Center Square noted that the gambling bills do not address sports betting, which is quickly becoming more prevalent across the country.

The legislation also doesn’t produce a new gaming compact between the state and the Seminole Tribe of Florida, although the $350 million annual agreement expired in May 2019. The tribe won a court case in which it claimed the state’s failure to “shut down the illegal banked card games” violated the existing gaming pact. The tribe argues it should have the exclusive ability to offer blackjack in Florida, based on the previous agreement.