The Five Craziest Poker Crimes of 2014 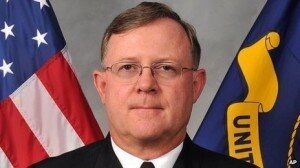 Tim Giardina: Would you trust this man with the entire US nuclear arsenal? Us neither. (Image: naaij.org)

Crazy poker crimes were plentiful in 2014. What is it about the actions of short-sighted, half-baked miscreants that captivates our fascination?

We’re damned if we know, but, in the words of that great arbiter of good and evil, Sherriff John Bunnell, of The World’s Wildest Police Videos: “For the criminals, cash is for taking, cars are for chasing and law is for breaking, and when the cops take them down, they take them down hard.”

We’re all susceptible to the occasional moment of full-blown, mad-monkey tilt, but we suspect it was not the finest moment in the career of Paul Lennon, the former Premier of Tasmania, no less, and a prominent Australian politician, when he suffered such an episode one night in the Crown Casino, Melbourne.

Lennon explained that he was “not drunk” after he was frog-marched out of the casino by a group of security guards, his wrists bound with cable-ties, following an emotional meltdown at the poker table. Police were called and Lennon, who, we should repeat, was sober, was slapped with a penalty fine.

According to witnesses, the politician became enraged when a woman apparently “touched his chips” during a $1-$2 poker session. After completely losing it at the poor aforementioned female, he refused to leave the premises and attempts by security staff to calm him down were met with persistent cries of, “Do you know who I am?”

Lennon’s own account of the incident was somewhat different. “At one instance I licked my index finger before touching my dealt cards, as you sometimes do. But apparently this is against the rules, something I was not aware of. For this I was removed. I questioned the reason why, but was not given an answer.”

We repeat, he was NOT DRUNK, and that kinda makes it worse!

Christian Lusardi, Now, where have we heard that name before? Oh yeah! Attentive readers will remember that he was the guy from our Biggest Poker Scandals of 2014 article, whose master plan it was to introduce his own counterfeit poker chips into the Borgata Winter Open in January.

When the bogus chips were discovered, the heat got too much for Lusardi, who was caught attempting to flush $2.7 million of them down the toilet of his room at the nearby Harrahs Resort.

He would have got away with it, too, if it weren’t for those pesky kids; the ones in the room below who complained when sewage started dripping through their ceiling after Lusardi managed to block the pipes.

Lusardi was charged with rigging a publicly exhibited contest, criminal attempt, and theft by deception. Perhaps his biggest crime, however, was the fact that he only managed a min-cash after affording himself this ridiculous advantage, the clutz.

Speaking of fake chips, did you hear the one about the naval commander with the penchant for gambling? No, not Bond, the name’s Giardina, Admiral Timothy Giardina, former deputy commander of the US Nuclear Forces, and an altogether less suave individual.

Now, as much as we love poker players, we’re not sure we’d trust one with the entire nuclear capacity of the US military, especially one who had already been barred from a number of his local casinos before he was caught attempting to pass off fake chips at the only one he was still allowed in.

Giardina initially told police he had bought the chips from a man in the restrooms, before revising his account of the incident in court, saying he had merely “found” them in a stall in the restrooms. But DNA evidence suggested he may have actually created the chips himself “using stickers and glue.”

You will be relieved to hear he is no longer second in charge of America’s entire nuclear capacity.

2. When One Tribe Goes to War

On October 9th, 2014, the Chukchansi Gold Resort and Casino in Southern California was stormed by a band of 20 armed men, sending gamblers scurrying. But this was no robbery, this was an invasion by a rival tribal faction who simply wanted to do the accounts.

The armed stand-off was the culmination of a bizarre power struggle between two rival factions tussling for control of the casino. It seems the incumbent group had been late filing its audits and as a result, in October the Tribal Gaming Authority threatened to close the casino down and fine the tribe up to $16 million.

This prompted the opposing faction, which had been ousted to a local business park, to act in what they claim was an attempt to retrieve the audits and save the casino.

The antagonists believed that they could not be charged with any crime because the incident took place on tribal lands; however, this backfired. The group of men have been slapped with various charges, including kidnapping, false imprisonment, assault with a firearm, assault with a deadly weapon, and battery inflicting serious injury.

Meanwhile the casino remains shuttered by order of a federal judge, the consequences of lost revenue immeasurable to the community.

Have you ever dreamt of soaring through the stratosphere with your pants around your ankles? Of course you have, and one man, Ryan Brown, got to live that dream this year, except that this was the Stratosphere Hotel and Casino in Las Vegas and he was driving a Ford F-150 pick-up truck at the time.

One balmy day in September, like a bat out of hell, Brown suddenly accelerated his vehicle along the sidewalk and hurtled through the Stratosphere’s valet area, then straight through the glass front doors and beyond, into the casino lobby, where he came to rest among the slot machines.

It might have been the perfect crime, except that the location of his pants, which nestled around his ankles, hindered his escape. Police found a gram of crack in the car’s ashtray and Brown confessed he had been on drugs for six days, which explains pretty much everything.

Now THAT’S just crazy!! The only one I remember hearing about was ‘Splashing the Pot’…the rest makes me just shake my head…like, seriously?

Chukchansi Gold Resort and Casino is NOT in Southern California – just a FYI.