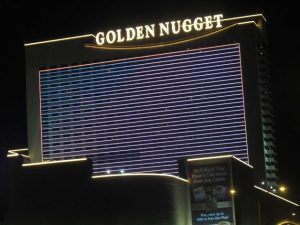 The New Jersey Division of Gaming Enforcement has long been touting a launch date of November 26 for online gaming in the state. Despite a long process of finalizing regulations for the new industry and ensuring proper license applications were filed by those seeking operational authorization, the date has stood firm.

As late as last month, some gaming applicants were reportedly being told that their filings were incomplete, and full disclosure of partnerships and vendors must be included to be considered for licensing. Out of more than 30 applications, though, some were handling their applications properly.

Finally, the first Internet gambling license was awarded on October 9. The Borgata in Atlantic City was given its license in ceremonial form when a representative of the Division of Gaming Enforcement presented the physical license to Borgata President Tom Ballance, along with a media photo opportunity. With that, the Borgata can push forward with a five-day soft launch on November 21 to prepare for the official start of Internet gaming for the public on November 26. However, its software platform partner, bwin.party, has yet to receive its license.

Borgata hopes to be the first online gaming site available to New Jersey residents. Ballance said in the press release, “It’s always nice to be first in the queue. Borgata and bwin.party are aggressively pursuing our objective of being among the first to launch online gaming in the state.”

Days later, the Golden Nugget in Atlantic City received the second license from New Jersey. Software provider Bally Interactive is awaiting its formal approval, but the Golden Nugget is approved for its soft launch. Meanwhile, though, the casino had just closed its casino’s physical poker room just days before. There was no reason given for the action taken.

In short order, two more licenses were awarded. The Trump Taj Mahal Casino Resort and Trump Plaza Casino received their approvals for online gambling licenses. Trump Entertainment Resorts CEO Robert Griffiths commented, “We are very pleased to get the third and fourth permits. We think this is a significant move for Atlantic City and for the Trump company. We’re going to make the deadline of November.”

Trump Taj Mahal is partnered with Ultimate Gaming, which already has Ultimate Poker up and running in the state of Nevada but requires a license to operate in New Jersey. Trump Plaza is depending on Betfair to provide its software. Both platforms remain on the waiting list for their official licensing approvals, though the Trump properties can move ahead with their processes in the meantime.

With the process of licenses now in motion, more casinos are likely to receive their approvals in the coming week or so, as well as software providers and other essential vendors that must work with those Atlantic City casinos to prepare for launch.