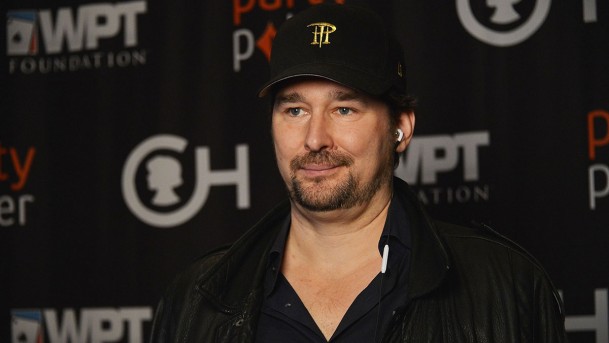 Facial reading software or Phil Hellmuth? New technology developed in Finland could help poker players read opponents’ tells in the future, but will it ever outsmart the Poker Brat? (Image: Slaven Vlasic/Getty)

New Finnish facial reading software may have your number when it comes to its ability to decipher subtle tells.

Of course, Phil Hellmuth will tell you that there is no one in the world who can read players like he can. But a team of researchers from the University of Oulu in Finland say their new computer program has better reading abilities than the great 14-WSOP bracelet holder himself.

According to Xiaobai Li and his team, their software has the ability to read microexpressions and interpret them better than any human.

In development for a number of years, the program has gradually become more sophisticated in its ability to read people’s expressions and can now distinguish subtle variations of each emotion.

The major breakthrough for Li came after he was able to build up a database of natural facial expressions. Until recently, according to the MIT Technology Review, scientists had been forced to rely on staged expressions.

Essentially asking people to strike various poses, researchers would then record the participants and note down the emotion being displayed. But various psychologists have pointed out that this method is flawed, because forced gestures look markedly different from natural “microexpressions”.

Taking this information as a starting point, Li took a group of 20 participants and asked them to watch a series of emotional videos. In order to limit the number of significant facial gestures they made, Li explained that any emotions shown would have to be analyzed using a lengthy survey.

This deterrent served to limit participants’ reactions and produce many more microexpressions. Over time, these reactions were logged by the system and it now holds a much larger database of information than it previously did.

The result of this is improved database is a machine that’s, reportedly, able to read and analyze minute expressions and outperform humans in a variety of tests.

So what are the implications of this technology for poker players? Anyone that’s ever played in the live arena will know that reading players is an important skill and, if grinders can harness this software, it could significantly improve this ability.

Although the implementation of this technology is far from becoming a reality, there are possibilities.

Google glass might have hit a few stumbling blocks in recent months, but if it can become an affordable commodity, then Li’s software could easily become part of the technology.

For now, however, the best we have in the poker world is Phil Hellmuth and his ability to read any and every player in the world.

Really affordable in a couple of tourneys I guess