On the day weed became legal in Las Vegas, it seemed like the 2017 World Series of Poker could be going to pot. How else can you explain a 96th place finish potentially turning the poker world on its head? 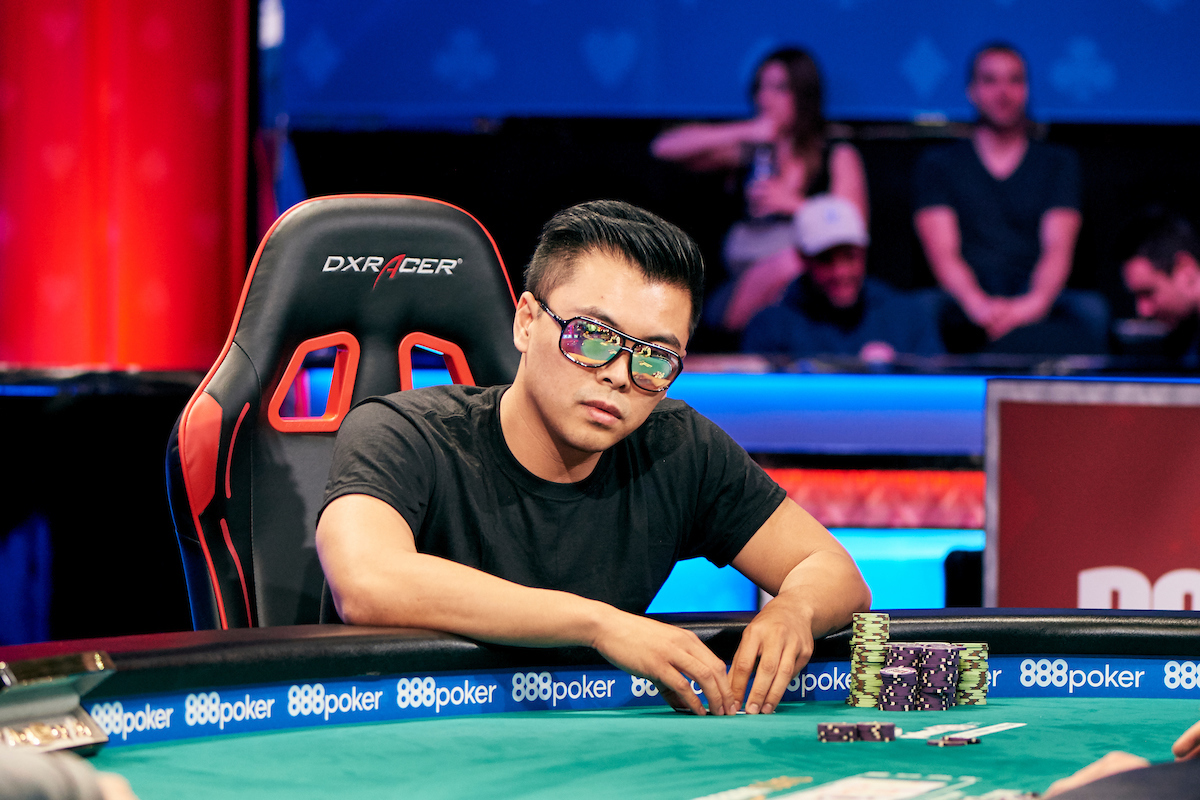 To the dismay of many, Chris Ferguson’s performance at the 2017 WSOP is becoming one of the summer’s top stories. It’s hard to ignore when any player sets the record for most cashes in a single Series, which he did on Saturday with his 14th cash of the summer, winning $3,410

The small cash also broke Roland Israelashvili’s record of 13 WSOP cashes in a single year, which he set in 2016.

$10K PLO for Nearly a Million

After Tommy Le finished off Chris Lee in Event #54, $10,000 Pot-Limit Omaha 8-Handed Championship, for $938,732, Tatjana Pasalic of the PokerGO broadcast team asked what the win meant to him.

Le is being humble. In addition to the championship bracelet, he now has four final table appearances in WSOP PLO events.

Le also has more than $3 million in lifetime live tournament winnings. Not too shabby for someone who wants his opponents in $10k events to think of him as an amateur.

What could be the fold of the Series occurred early at the final table, in a hand where most players would have gone bust. Le flopped a set of kings against Scott Clements’ set of aces on a rainbow flop.

The business owner put Clements, the chip leader at the time, on the exact hand he actually had and folded on the turn. Even a cooler situation couldn’t stop Le from winning his first bracelet. Good game.

A fourth day was needed to complete Event #56, $5,000 No-Limit Hold’em. The tournament is down to its final table of nine players. Argentina’s Norberto Korn, no known relationship to the popular 1990s nu metal band, holds a rancorous chip lead (4,040,000).

There’s a lot at stake at this final table. The winner will receive $618,285, but none are guaranteed more than $41,031 until at least one player busts.

You can watch the final table on a 30-minute delay on PokerGO beginning at 1:30 pm PT.

Smith Sirisakorn (also no relationship to the band that is part of his name) is a former attorney turned restauranteur who somehow found himself becoming a regular in mixed game cash games in Los Angeles.

He had never finished in the money in a bookable poker tournament, according to the Hendon Mob. But that didn’t stop him from winning Event #57, $2,500 Omaha Hi-Lo 8 or Better/Seven Card Stud Hi-Lo 8 or Better Mix, for $215,902, in what could be the longest title for a title of the year.

Jerry Wong, the 8th place finisher in last year’s Main Event, will take another stab at winning his first bracelet on Sunday in Event #59, $2,500 Big Bet Mix. He’s 2nd in chips heading into the third and final day (680,000), barely behind chip leader Jens Lakemeier (702,000). Ashton Griffin is the most notable name among the shorter stacks, in 4th chip position with 232,500.

Wong and the rest of the five other remaining players are fighting for a small six-figure top prize of $112,232.

And it’s not that a $1,500 WSOP event doesn’t matter. A bracelet is a bracelet, or in Chris Ferguson’s case, a min-cash is all it takes to set Daniel Negreanu’s hair on fire.

But certain tournaments merit more attention than others. Event #62, $50,000 Poker Players Championship (6-handed), which starts at 3 pm PT on Sunday, is a prime example.

If the Main Event is like a National Championship Game in college football, this event, being played 6-max style this year, is akin to the Rose Bowl. It’s more prestigious than a random $1,500 buy-in tournament, which is more like the Alamo Bowl.

Negreanu often says winning the Chip Reese trophy that comes with a bracelet for this event would mean more to him than winning the Main Event. Other top pros have echoed the sentiment.

The PPC will attract one of the smallest fields in the Series due to its steep buy-in, but the action should be fast and furious with both cash and pride on the line. Last year, 91 players entered. Brian Rast, a two-time champion, won it for just under $1.3 million.

The PPC is a five-day event, which means we won’t have a winner until Thursday. But all in the Amazon Room this week will get a clear sense that for many in poker, primarily poker’s elite, things just got real at the WSOP.