During his time as the Full Tilt Poker CEO, Ray Bitar laundered money through the Channel Island of Guernsey, and $12.6 million of those funds have now been turned over to the US Department of Treasury following a deal with the Guernsey government. 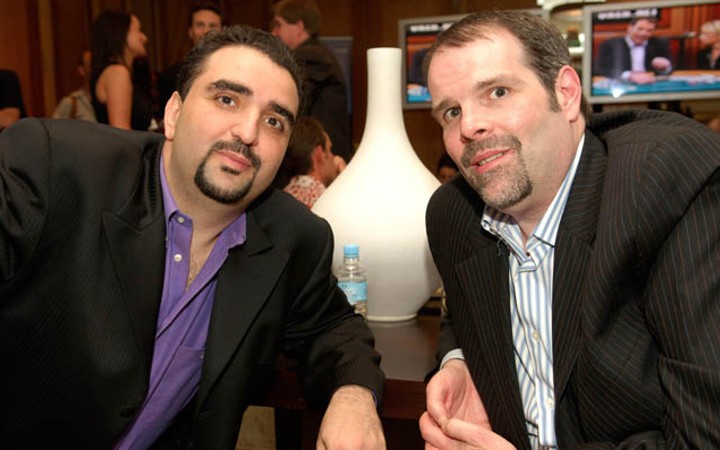 Money laundered by former Full Tilt Poker CEO Ray Bitar (seen here back in the day in an undated photo with fellow profligate Howard Lederer) has been recovered by the US government. (Image: Full Tilt Poker)

Affairs of the Heart

Bitar, one of FTP’s founders, was arrested following the April 2011 Black Friday scandal on charges of bank fraud and money laundering. He faced more than 60 years in prison at that time, but was spared a trip to the joint when a judge let him off, due to what Bitar claimed at the time was a terminal heart condition. Miraculously, he seems to have made a full recovery since that time.

The former CEO of the popular poker site pleaded guilty in 2013 to violating the Unlawful Internet Gambling Enforcement Act (UIGEA) and conspiracy to commit wire and bank fraud. He was ordered to pay $40 million in damages, but only served one week in jail.

Bitar was supposedly diagnosed with a serious heart condition that kept him a free man. But many poker players were skeptical of his health claims after pictures of his multimillion-dollar Orange County, California wedding appeared in 2015.

Bitar and his cohorts, Chris “Jesus” Ferguson and Howard Lederer, didn’t receive dispensation from the poker community at large for their actions following the Black Friday scandal.

All Full Tilt executives, they continued to take multimillion-dollar bonuses during the time the US Department of Justice (DOJ) shut down the poker site, while customer account balances went unpaid due to a supposed lack of available reserve funds.

Players were eventually paid when former FTP rival PokerStars bought the poker site in 2014, but many had to wait four years before getting their money. Bitar and Ferguson still haven’t issued public apologies. Lederer, to his credit, apologized prior to the 2016 WSOP, but many still refuse to forgive him.

Bitar has avoided the spotlight, save for the over-the-topic matrimonial affair.

Show Them the Money

Bitar may have avoided jail time, but he cannot escape the court of public opinion and lost a large portion of his wealth in the plea agreement. The money he laundered has been recovered and split between Guernsey and the United States.

Both parties agreed on a deal to share the poker site founder’s illegally laundered money. Guernsey’s attorney general, Megan Pullum, expressed gratitude towards the US for working together to agree on a solution.

“Guernsey has an ongoing and exemplary commitment to international co-operation and mutual legal assistance and we are therefore extremely pleased to announce this asset share,” she said.

Very interesting. So here is the question … Where does the money go? Is it going to the players who were ripped off? Does it go to Poker Stars to offset the costs they incurred to make players whole? My guess is it probably just turns into a US/Guernsey government money grab.

tahts why poker banned in usa a lot of money laundering