Police arrested Thomas Dougher, who won the 2015 Borgata Poker Poker Summer Open for nearly $150k, over the holidays on suspicion of bank robbery. The FBI described Dougher, 41, as a serial bank robber, and say his latest crime spree included two robberies within four days in and around Atlantic City. 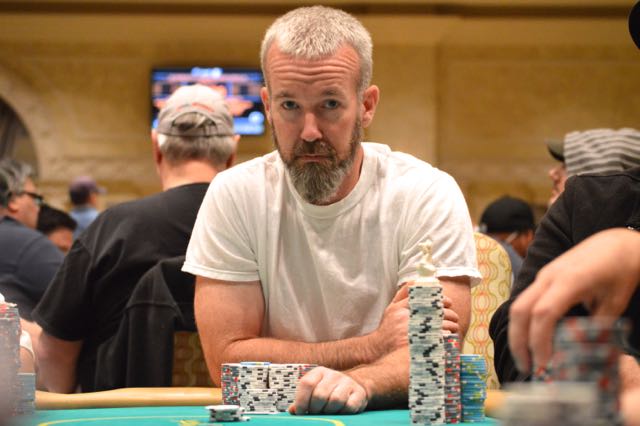 Records indicate that Thomas Dougher previously spent time in a federal prison for a series of bank robberies in 2007. (Image: Borgata)

On Friday, Dougher allegedly robbed the PNC Bank in Absecon, New Jersey, and was apprehended about an hour later at a nearby Quality Inn. Authorities allege it was his ninth robbery in four states. In addition to banks in New Jersey and New York, he supposedly also hit locations in Delaware and Pennsylvania, two of four states in the country that offer legal online poker.

Dougher’s current charges are for three bank robberies in Atlantic County. Surveillance from the Sun National Bank in Northfield, New Jersey, shows a cleanly-shaven suspect handing a teller a demand note last Tuesday, and on Saturday the same scene played out at a PNC Bank in Pleasantville.

In 2007, Dougher served time in federal prison for a string of bank robberies. He was released three years later.

“The successful cooperative investigation and uneventful arrest of Dougher, who previously served prison time for 11 robberies in 2007, is a testament to the importance of interaction between all levels of law enforcement from local to federal to achieve a common goal,” said Pleasantville Police Capt. Matt Hartman.

Police also found the car Dougher used, which had been stolen in Maryland, in the parking garage of Caesars Atlantic City casino. 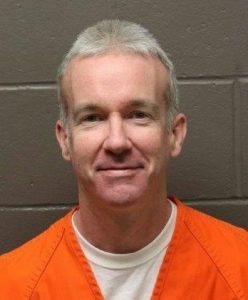 According to the Borgata Poker Blog, Dougher was primarily an online poker player who averaged 12-15 tournaments a day on regulated New Jersey sites. However, in July 2015, he found success in the live realm when he overcame a 2,525-entry field to win the $400 Borgata Summer Poker Open Deepstack for $149,127.

“I played an $80 bounty three years ago and finished third,” Dougher told Borgata officials after the win. “I swear I’ve played like three live tournaments in my life.”

Dougher is just the latest poker-playing criminal to get busted. Last year, New Zealand’s Shane Tamihana was nabbed for dealing meth, while Las Vegas’ Jason Funke, who cashed the World Series of Poker Main Event over the summer, was shot in the shoulder by police after brandishing a gun while standing naked in front of a church in the middle of the day.

Dougher is hardly the first bank robber with a poker connection. Wisconsin’s Gerald Heckathorn, a regular on mid-tier tours like the Mid-States Poker Tour, is a retired bank robber. In the early 1980s, he infamously went on an 18-month cross-country spree.

geez whats wrong with this guy, seems like he was doing ok and had some success with minimal lie play. for real degenerate

Was he a losing online player ? Perhaps he was broke again .