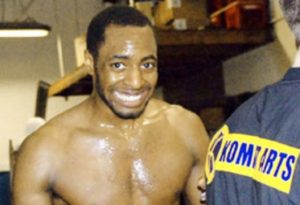 Brian Funes, the man who organized a fatal robbery during a poker tournament in 2011, has been found guilty and sentenced by a judge in Canada.

Accompanied by Marcus Alexis, also of Mississauga, Ontario, Funes decided to stage a robbery during an illegal tournament in Brampton.

After learning of the event via a local flier, the two men entered the Rozz Banquet Hall on Advance Boulevard in Brampton as the tournament got underway and targeted the Tournament Director who was being protected by Kearn Nedd.

Bullets Fired Away from the Table

Along with a 14-year-old accomplice, Alexis began pistol-whipping innocent bystanders in the venue’s hallway before opening fire.

As a wave of bullets ripped through the tournament area, Nedd was struck and died at the scene as the three criminals made off with an unspecified amount of money.

Following the robbery, Funes was in charge of disposing with the bloodstained clothes and guns, as well as convincing people to misdirect the police and cover for the trio.

Eventually, however, the police found a trail that led back to Alexis and charged him with first-degree murder.

Funes was later arrested and, as Alexis was found guilty and sentenced to life in prison, Funes was put on trial for manslaughter.

For orchestrating the robbery and being involved at the scene, Funes was found guilty in March this year, four years removed from the incident, and this week he was sentenced to 11 years in prison.

Despite the prosecution pushing for a 12-year sentence, Justice Joseph Fragomeni opted to sentence the poker thief to 11.

Although incidents of this nature are rare in the poker world, the most famous case of a similar nature occurred back in 2010 at PokerStars‘ EPT Berlin.

As the live stream rolled and players ran for cover, a lone security guard wrestled with one of the assailants but couldn’t prevent them from making off with the cash.

The incident made the mainstream news in Europe and just a few weeks later a series of arrests were made by German police.

Although the incident was a one off for the EPT, it did cause a shift in the way live tournaments in Europe are organized.

Moreover, it forced players to be more vigilant with their bankroll when they’re competing in highly publicized live events.

For Nedd’s family, the sentencing of Funes should help bring some closure to an extremely tragic incident.

What a pair of idiots, now 1 is doing life and 1 is doing 11 years whilst another is dead all for the sake of what? Money, the root of all evil imo and which leads to this stuff, unreal.

It’s always a shame to see this happen.