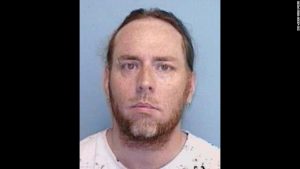 Getting caught using fake poker chips in a real casino can cost someone many years of freedom.

Prior to his most recent conviction, Lusardi was sentenced to five years in prison and ordered to pay $1,137,864.01 in restitution for Copyright Infringement and Trafficking in Counterfeit Labels.

For his current scandal, Lusardi admitted to using counterfeit chips in a poker tournament at Borgata Hotel Casino & Spa in Atlantic City in 2014.

After discovering the police were onto him, he flushed additional counterfeit chips down the toilet in his hotel room at .

Lusardi taught home owners a valuable lesson that flushing poker chips down a toilet may cause serious damage to plumbing. He was ordered to pay Harrah’s $9,455 for repairs.

That money is merely a drop in the bucket compared to the $463,540 he must ship the Borgata for restitutions.

During the 2014 Borgata Winter Open Big Stack, play was suspended three days into a tournament that was set to last three weeks after a plethora of counterfeit chips were discovered in play.

With $1.5 million in prize money yet to be awarded to the remaining 27 players, the Borgata found over $800,000 in non-cash value counterfeit tournament chips had been used during the tournament.

The New Jersey Division of Gaming Enforcement reviewed the situation and determined the proper course of action was to cancel the tournament and return entrance fees to all players. Lusardi busted from the tournament on Day Two, but won $6,814.

After investigation, it was determined Lusardi was the culprit.

He bought standard poker chips from a Chinese manufacturer, then stamped a counterfeit Borgata logo on each chip. Investigators found more than $3.6 million in counterfeit chips in his hotel room.

Scandals such as these can be harmful to the long-term success of the game. Numerous cheating scandals, online or in live casinos, may scare off potential new players.

This isn’t the only damaging poker-related scandal in recent years. This past summer, the World Series of Poker investigated possible cheating during a $10,000 No-Limit Hold’em Heads-Up event. No charges were ever filed and no wrongdoing was found, however.

Poker pro Brian Hastings found himself in hot water in recent months for allegedly playing in a tournament on PokerStars using a friend’s account. Hastings has never publicly admitted to nor denied the allegations.

Of course, this isn’t the first time Hastings has been accused of cheating. In 2009, he won approximately $4 million from Victor Blom, otherwise known online as “Isildur1” on Full Tilt Poker.

There has been many other scandals throughout the poker world in recent years. They are all bad for the game. Now that Christian Lusardi is locked up, at least one detriment to the game has been eliminated.