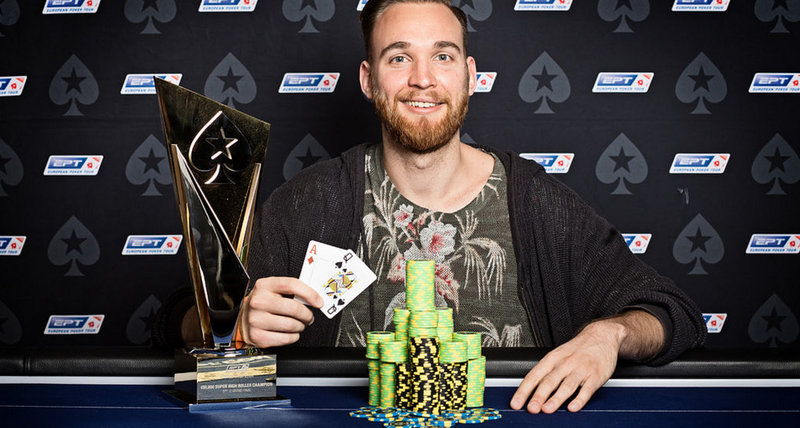 Or were they? Schemion may not be holding the trophy right now, but he held a chip lead going into this all-German final, and that was enough for him to negotiate a higher payout than the eventual victor, as the pair agreed to a chop.

Quoss and Schemion had some time to fashion out the finer points of a deal. The two players began their heads-up encounter at just before 5 am on Monday morning. No winner was declared by the 5:30am cut-off point and so the table broke, to reconvene on Monday evening.

Quoss must have been kicking himself when he doubled through his opponent after just ten hands, vaulting himself into the lead in the process, although them’s the breaks, we guess.

As the blinds rose to 200,000/400,000, Quoss took another pot from his opponent, and Schemion was now under pressure with just under 5 million, or around 12.5 big blinds. Picking up K♣5♣ on the button, he open shoved. Quoss snapped from the big blind with A♦Q♠.

An ace and a queen on the board sealed the deal and the two Germans stood and embraced.

Nice Work If You Can Get It

For Quoss, it’s his first live score since his electric performance at the Aussie Millions in January, where he won the $100,000 Challenge Event for just over $1 million in good old-fashioned American money, before finishing fourth in the $250,000 Challenge for just under $1 million as well.

Meanwhile, the EPT Grand Final Main Event is in full swing and will crown a champion by Friday night.