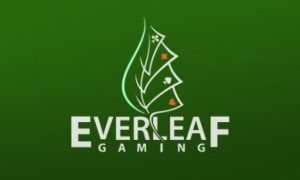 Everleaf Gaming Director Michael Zwi Oros has been arrested and charged with misappropriating player funds in a Maltese court. The Everleaf Network, although no longer in operation, was based out of Malta, and was plagued with issues surrounding player funds, as many poker players claimed to have waited up to six months for funds, if they got them at all, during the cash-out process.

Now, Oros faces a court battle for his freedom, while authorities have stated they are committed to recovering player funds.

The Malta Police Economic Crimes Unit and the Malta Lotteries and Gaming Authority (LGA) wrapped up a lengthy intensive investigation of both Everleaf Gaming, and its director, Oros.

The accused stood in court this week and appeared before Magistrate Doreen Clarke and was charged with misappropriation of players’ funds. He was also accused of failing to pay outstanding gaming taxes and license fees. The search for his business partner and fellow Everleaf director, Jean Pavili, is still ongoing as of this writing. Following his arrest, Michael Zwi Oros had his bail set at €10,000 ($12,840 USD), is forbidden from leaving Malta and must sign in at the police station daily.

The network has been totally inactive since July 2013, when the Malta Lotteries and Gaming Authority, who oversees the island’s gambling regulation, handed down penalties against the online operator. Everleaf had its poker and casino licenses suspended indefinitely, purportedly due to the massive amounts of issues surrounding player funds and cash-outs.

LGA Executive Jospeh Cuschieri make public statements following the arrest and said that the Malta Police and law enforcement agencies are committed to efforts to bring both Zwi Oros and Pavili to justice. He also stated that the key objective of the investigation and upcoming trials are to recover funds owed to players. He reminded the worldwide press that they are committed to ensure that player funds are protected and that the LGA will be making changes to improve its player protection policies.

Everleaf Gaming had been plagued by alleged processing issues for years as they operated in the United States in unregulated states. More than one skin would eventually run into legal problems, while others were of dubious taste, such as the now defunct “swankpoker.com” skin, aimed at those frequent “adult” websites. The network received a cease and desist order from the U.S. Department of Justice and purportedly had $27,000 seized, which were apparently en route via a payment processor towards bank wire transfers to US players.

Everleaf Gaming started out as a single poker skin known as “Poker4ever,” which was licensed by the appropriate authorities in Malta. Following the Unlawful Internet Gambling Enforcement Act (UIGEA), the company expanded into the white-label market, offering their software client to other companies to be skinned and offered as a unique service.

White-label skins is a term used for poker sites that spring up, leveraging existing software and network traffic, and basically serve as an affiliate turnkey solution. All skins that appeared on Everleaf Gaming were white labels and all services were provided by the network, including financial transactions.

All a skin owner had to do was the marketing of the site. While the network continued to operate in the United States and boasted a list of more than 50 different brands, the network failed to ever become a player in the worldwide marketplace.

Had the same thought LOL.