Everest Poker Pulls out of Russia 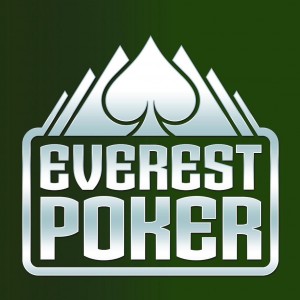 Betclic-Everest has pulled their site Everest Poker out of the Russian market.

Betclic-Everest, the operator of Everest Poker, has announced its withdrawal from the Russian market. The move follows a clampdown on Internet gambling in the country. Last month Russia moved to block online gambling sites after adding them to an official blacklist that includes websites devoted to anti-Putin polemics, pornography and drugs. Russia’s Supreme Court had ruled in November 2012 that ISPs should be made responsible for blocking illegal gambling sites; however, there had been no enforcement of this ruling until recently. Even then, it’s only the company websites that have been systematically blocked; Russian players are still able to log on and join games in the usual way via their desktop clients.

Perhaps buoyed by that news, blacklisted sites PokerStars and 888.com have both issued statements saying they intend to dig in their heels and remain in the Russian market. Betfair, also one of the blacklisted sites, has been more cautious, announcing that, due to “recent developments within the Russian market,” it would be “ceasing [to acquire] customers in Russia as of Friday 11th April 2014.” Betfair declared that it has ceased all Russian marketing spend and removed Russian language links on the site. However, it appears there is no intention to cut off existing players in Russia, and considering that the company recently also pulled out of Greece, Germany, Cyprus and Spain to concentrate on more “sustainable” markets, Betfair’s Russian retreat may be part of a wider strategy, unrelated to the Kremlin’s muscle-flexing.

Betclic-Everest, meanwhile, has issued no statement as to the reason for their withdrawal, but it may be related to recent trouble in Belgium. Earlier this week, it emerged that Belgian authorities had seized €600k (US$833,220) from the group as a penalty for running an unlawful gambling business. While Betclic-Everest has licenses to operate in France, Italy, Malta and Gibraltar, it does not possess a Belgian license, where operators are required to partner with a local land-based casino and locate their gaming servers within the country in order to be considered – much like how the New Jersey Internet sites operate here. Even more worryingly for Betclic-Everest, under Belgian law, authorities are able to launch proceedings against the company’s board members, which could result in prison sentences of six months to five years.

Betclic-Everest is also the operator of brands betclic, Expekt and betathome.com. Everest Poker is a former independent poker site with its own proprietary technology that joined the iPoker Network in August 2012, and was admitted to the network’s top tier. A well-respected European online poker room, it was the sole poker-related table sponsor of the 2008 and 2009 World Series of Poker. However, perhaps after a stressful week, it seems the thought of breaking rocks in a Siberian gulag was enough to give the board members cold feet. We’re not sure we blame them.

Bad move, it will be bigger problem for Everest than for the russians