For the second straight year, ESPN and Poker Central will partner to bring complete coverage of the 2019 WSOP Main Event starting on Day One. The “worldwide leader in sports” will televise every hand of the final table, according to a press release from Seth Palansky, Vice President of Corporate communications for Caesars Entertainment. 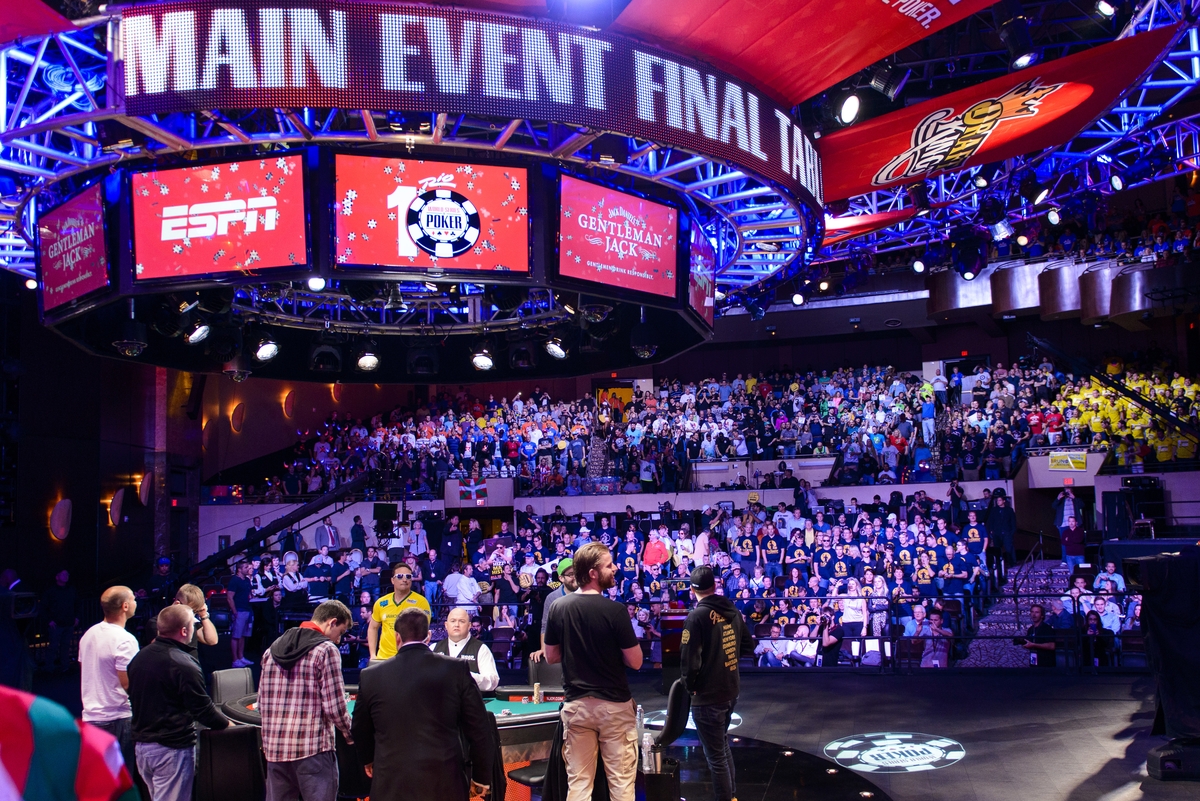 Poker’s world championship event kicks off July 3 and plays down to a winner on July 16. Norman Chad and Lon McEachern, for the 17th year, will provide the commentary. That means you can again almost certainly expect plenty of ex-wife jokes.

Similar to the past two years, the final table begins a day after the tournament plays down to nine. From 2009-2016, due to a potential TV ratings boost, the final table was held back until November. But partially for the reason that production costs are lower when filming the entire Main Event over consecutive days, ESPN ditched the November Nine concept.

ESPN and Poker Central will provide live coverage of the entire WSOP Main Event. The sports network will televise the $10,000 buy-in tournament each day from July 3-16 for at least two hours. Over on PokerGo, you can watch additional live coverage when the ESPN cameras aren’t rolling.

On July 12, ESPN2 will begin televising play at 11 pm ET and won’t turn off the cameras until the final table has been achieved. The following day, viewers can take a break from poker before the final table kicks off on ESPN2 at 10 pm ET on July 14.

Once three of the nine players are, as Norman Chad likes to say, “whamboozled,” the session concludes. The remaining players come back the following day at the same time to play down to three. That session, in its entirety, will be available on ESPN.

On July 16 at 9 pm, ESPN will wrap up its 2019 WSOP Main Event coverage. Let’s hope this year’s heads-up battle doesn’t last over 10 hours like it did in 2018 when John Cynn defeated Tony Miles. Even the most hardcore poker fans were ready for bed midway through the match. Those who stuck it out until the end deserved a medal.

The Main Event isn’t the only World Series of Poker tournament fans enjoy seeing. Thus, Poker Central has plans to live-stream many other events during the summer on its PokerGo app.

A schedule isn’t yet available. But you can expect to watch live-streamed coverage of numerous final tables during the series. Last year, PokerGo aired most of the $10,000 and above final tables, along with some additional popular events such as the $1,500 Millionaire Maker.

Looking forward to it! (wish I was there 🙁 )

Author: Where did you get this info?