Erick Lindgren Files for Bankruptcy In Face Of PokerStars Lawsuit 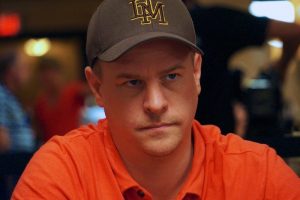 Erick Lindgren has filed for bankruptcy for the second time in three years. He owes $8 million to various creditors. (Image: bluff.com)

Erick Lindgren has filed for bankruptcy for the second time in three years, according to Bloomberg.

Earlier this year it emerged that the player was being sued by PokerStars for $2.5 million in relation to payment that was made to him in error by the former Full Tilt regime. In total, various creditors are owed some $8 million.

The first time Lindgren filed for bankruptcy protection was 2013, the same year he checked into rehab for gambling addiction.

Lindgren’s “all-American” image had been sullied in the preceding years by allegations of unpaid debts, particularly in relation to sports betting and fantasy football.

In March 2012, a thread exploded on TwoPlusTwo, accusing Lindgren of owing money to dozens of people and of making little effort to repay his creditors.

Perhaps most damning of all, poker player and sportsbettor Harabolous Voulgaris claimed that Lindgren had owed him a six figure sum for the better part of a decade.

Despite live tournament earnings of $10.2 million, including a seventh-place finish at the Millionaire Maker earlier this week for $193,675, Lindgren listed assets of less than $50,000 in Chapter 11 papers, filed in a the bankruptcy court in Las Vegas this week.

During Lindgren’s run in the Millionaire Maker, Chris Danek quipped that if he’d won they’d have to rename it “The Break Even Maker.”

In 2011, just days before the Black Friday indictments, Full Tilt Poker loaned Lindgren, one of its Team Full Tilt pros, $2 million, but the sum was erroneously credited to his account twice. He kept the money.

“Loans were a nature of how Full Tilt was doing things.” Lindgren claimed in his defense. “There wasn’t always a ton of communication on these loans. It was just the culture of how things were done.”

When his previous bankruptcy closed, it paved the way for PokerStars, which had since acquired Full Tilt and its assets, to sue Lindren for the $2 million, as well as another outstanding Full Tilt debt.

In March, PokerStars parent, Amaya Inc, asked the court to enter a judgment against Lindgren for $2.5 million.

“I’ve had a gambling problem for a long time and I’ve finally got the opportunity to address it,” said Lindgren, speaking to Bluff Magazine from rehab in 2013. “I’ve learned a lot about myself here. I learned that I wasn’t that different from a lot of the people that have addictions whether it’s alcohol or drugs or whatever. For a long time now, I’ve bet more than I should have bet on games and been in too much action and yeah, it was a lot of fun at the time, but it was irresponsible in a lot of ways.”

I’ll never really understand how this dude or rich people can get broke. It boggles the mind to be like this.

Yup, many millionaire sports celebrities are broke within a few years of retiring also. I think a lot of people who aren’t born rich have no idea how to take care of their money…doesn’t help to be a gambler on top of it.