Few players had better years than Wisconsin’s Eric Baldwin in 2009 and 2010, winning more than $1.51 million then nearly $1.53 million year after year traveling the poker circuit. Things slowed down over the next six years for “Basebaldy,” however, as he moved to Las Vegas and started a family. But now he’s currently enjoying the third-best year of his career. 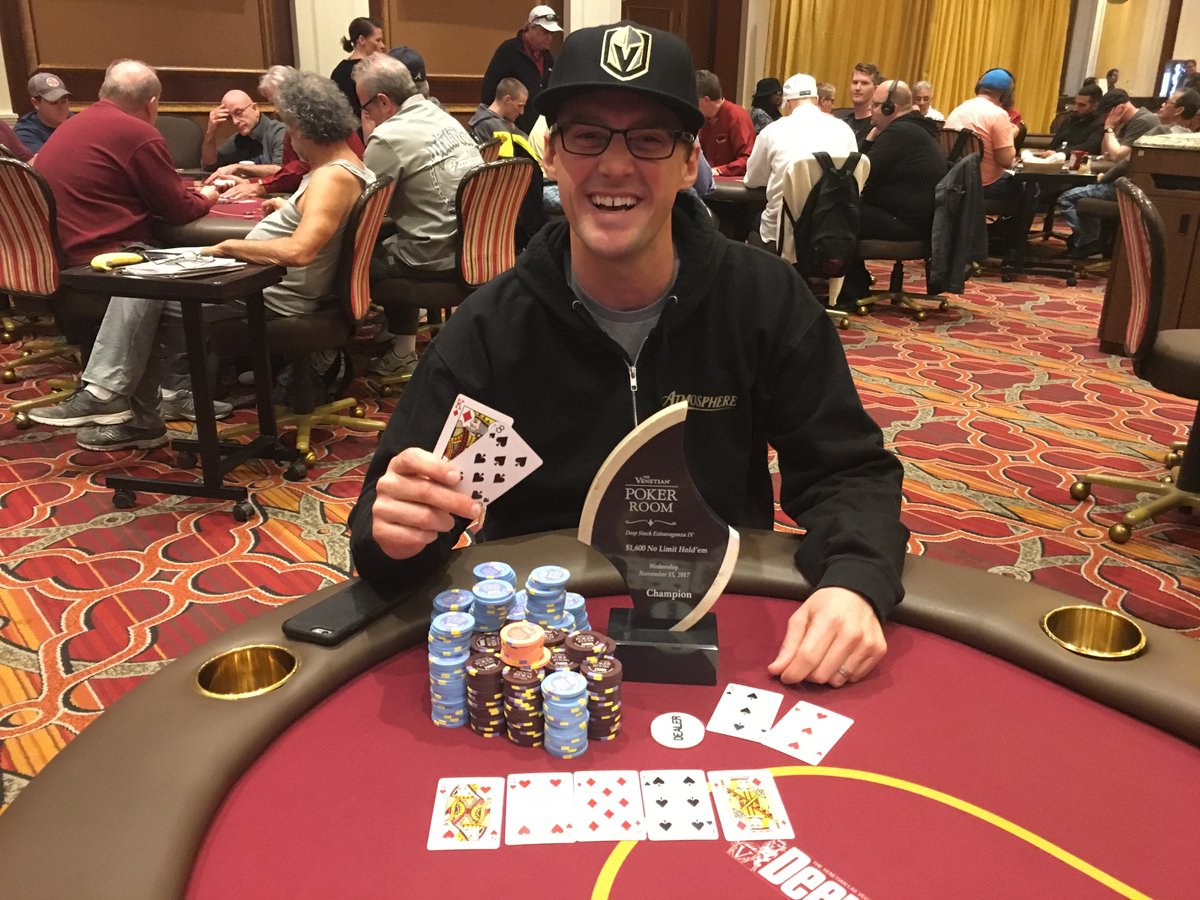 Eric Baldwin is having the best year of his career since 2010, which included winning two major titles in Las Vegas. (Image: The Venetian)

Then, in April 2010, he earned the biggest score of his career ($1,034,715) when he finished runner-up to David Williams in the WPT Five Star World Poker Classic.

So far in 2017, Baldwin has $550,923 in tournament winnings, most of which have come playing local Las Vegas tournaments. That included $188,450 for winning the 2017 Wynn Spring Classic $1,600 Championship Event, a tournament that drew 818 entries. Baldwin defeated UK poker pro Ben Heath in heads-up play to win that title.

“I have a lot of respect for the Vegas grinders,” Baldwin said. “From what I hear, the games in Vegas are pretty tough compared to similar stakes elsewhere in the country. The guys that make a living doing it here are very well-rounded players and are willing to battle it out in tough games.”

In November, Baldwin prevailed over a field of 345 entries to win a Venetian DeepStack Extravaganza $1,600 No-Limit Hold’em for $114,585. Making the win even more impressive was that he defeated online poker’s most accomplished tournament player, Chris Moorman, in heads-up play.

“It’s always fun and challenging to go heads up against an elite player, and Chris is certainly that,” Baldwin said of the win.

When asked about the defining moment of the tournament, Baldwin was quick to point out a pot during three-handed play. It began when Venerando Villarino limped the button with 6-7 offsuit and Moorman came along from the small blind with the 10♥6♥. Baldwin looked down at the K♥8♥ and checked his option from the big. The flop came A♥5♥3♠.

All three players checked and then Moorman tossed out a bet on the 4♣ turn. Both opponents called, and the 2♥ completed the board on the river. Moorman bet, Baldwin raised big, and Villarino called with his 6-high straight. Moorman called, too, with his inferior flush, and Baldwin won a big one.

“That crazy hand gave me a pretty commanding chip lead, so the heads-up battle probably wasn’t as much fun as it could have been,” Baldwin reflected.

Originally from Wisconsin, Baldwin is now a full-blown Vegas grinder.

“Life in Vegas is very busy for me these days,” he said. “My wife and I have an amazing son and are expecting another in the near future … Juggling poker with family has its challenges. There is obviously increased responsibility and pressure to do well.” 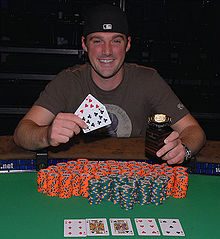 Eric Baldwin won his only bracelet in 2009. (Image: WSOP)

He continued: “Another challenge stems from having the ability to set my own hours. There is always something that needs to be done at home, so it can be a tough balancing act between responsibilities on the home front and making sure I get enough hours in.”

While becoming a family man has its drawbacks, such as a pullback on travel and reduced playing hours, Baldwin has also discovered that it’s come with certain benefits.

“Becoming a parent has helped me become much more professional in areas like accounting, bankroll management, and making sure my game stays sharp,” he said. “Despite the challenges, I wouldn’t trade it for the world. There’s nothing like coming home from a long day at work to a hug from an excited toddler.”

Baldwin plans to use the limited time he has before his second child arrives to grind the Vegas games. As he put it, he likes to “rake in some extra paternity leave pay before taking time off to spend with family and the new baby.”

After that, it’ll be time to turn his attention to the 2018 WSOP, which recently released its summer schedule.

It seems that he is doing great. I think he is right when he says it is more difficult playing and being responsable for his family but helped in some other areas.
Now i dont know, but i think that if “Venerando Villarino limped the button with 6-7” and table was A♥5♥3♠4♣2♥ he didn’t “called with his 6-high straight” but a 7-high st.
Great Interview

thats pretty cool , one day on the forums and the next winning big tournaments. like to see how mtcashman would do live,