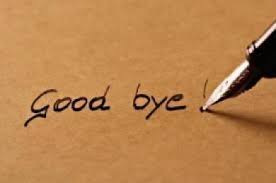 The Equity Poker Network makes the decision to respect the newly regulated jurisdictions, as a few other sites have as well; will the other big hitters in the offshore US market follow suit? (Image: gambling911.com)

The Equity Poker Network (EPN) has announced that it is bowing out of the newly regulated US markets, following in the footsteps of the Winning Poker Network (WPN) and Bovada, both of which made similar announcements recently (Bovada is specifically not accepting New Jersey players now). The decision of these companies appears to be a direct result of the “cease and desist” letter sent by New Jersey Division of Gaming Enforcement to various poker affiliate sites in April, warning them, in no uncertain terms, that the advertising of offshore poker sites that offered games to New Jersey players would not be tolerated.

EPN said that players in Nevada, New Jersey and Delaware would be denied access to the real-money version of its FullFlushPoker.com flagship site with immediate effect, and that its skins would be following suit. Existing players would be given time to withdraw their funds, and FullFlushPoker.com said it hoped to work quickly with players to facilitate this.

“We have taken this action in order to ensure that the vast majority of our customers, who do not reside in New Jersey, Nevada, or Delaware, continue to have access to our site and to enjoy playing the game that they love without disruption or inconvenience,” said FullFlushPoker in a statement. “Our priority still remains our players, and we’re proud to provide our loyal customers from around the globe with a fun and entertaining poker environment that they can trust, and that operates with the highest values of fairness, integrity and security.”

EPN, along with WPN and Bovada, seems to be prepared to respect the rights of the new US jurisdictions while renewing its commitment to offering online poker to US players who live in areas with no licensing or regulation, which begs the question of whether the other big operators in the offshore US market, such as Merge and Bodog, will follow suit.

It also raises the question of how successful EPN can be at shutting out players from the new markets. Ultimate Poker, which offers regulated online poker to players in Nevada and New Jersey, has spent vast amounts of money on geolocation software and has described the problem of limiting games strictly to within specific borders as one of the biggest challenges it has faced post-regulation. While EPM can check the location of a computer by its IP address, mobile and tablet technologies often prove far more difficult to trace.

And then, in the case of WPN at least, there are doubts about the veracity of its claims, with posters on forums suggesting that its commitment to leaving the three regulated states is nominal. Some have claimed that there has been no attempt to deny them access to the WPN network from within the states. One poster, based in Nevada, said he was told by customer service that the new rules related only to new customers from Nevada, and that he could continue playing, because they could change his location to California on their database. There is, of course, no suggestion that this is the intention of the Equity network.