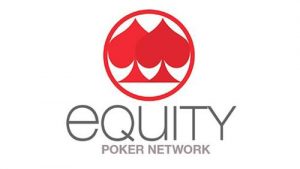 Every online poker site should have a security team that monitors activity for fraudulent activity in order to prevent cheating and ensure that players are protected against fraud and illegal play. Equity Poker Network (EPN) proved that its Security and Fraud Department was fully effective when a recent collusion ring was detected on several of its network skins and promptly shut down.

EPN is a fairly new player in the online poker game, but its CEO, Clive Archer, offers experience from other sites in the industry. And with that experience comes the ability to safeguard its sites for customers. The revelation of collusion on the network and its subsequent shutdown was publicized by EPN to show that the company places great importance on the security of its players.

According to an Equity Poker Network press release, the recent collusion ring was detected on Internet poker sites that belong to its network. The fraudulent activity was detected by the Security and Fraud Department, at which point the team members monitored the activity and investigated what it called an “irregularity” in the play of more than one player.

When EPN had proper evidence and culprits, those found to have violated the network’s terms and conditions were banned from the network. All players who fell victim to the perpetrators were identified and made aware of the activity, and those persons will be refunded for money they lost to the cheaters.

An EPN spokesperson wrote: “The welfare of our players is our top priority and we will not tolerate cheating or any other form of fraud occurring on our Network. We take all precautions to safeguard our network, and to protect our players and their bankrolls. We are thankful that our highly skilled Fraud Team was able to identify this aberration, and deal with the perpetrators quickly and permanently.”

The Equity Poker Network is a cooperative network of online poker sites, composed of peer-to-peer operators. EPN is a non-profit organization, which is set up to maximize the profits of its licensees and subsequently distributes all profits to each site based on their contributions to the network as a whole.

EPN launched in early November 2013 for real-money poker on Full Flush Poker and IntegerPoker, and other sites began to join. HiroPoker and GearPoker also linked with EPN, and many more are in the process of establishing a base with the network.

The online poker sites on EPN all offer deposit bonuses, promotions for new players, and the occasional freerolls as incentives. There are numerous limits for Texas Hold’em players for cash game and tournament action.

The company boasts 10 years of experience in the production of online gaming, and offers clients everything from online poker to casino games. Various currencies and languages are also offered, as well as PC and Mac versions of their software.

To EVERYONE who said regulation is impossible here…

My state in the USA was banned when is Equity Network going to return my Bankroll it’s been months and the bastards are doing nothing.
I’m getting ripped-off just like Everleaf did to it loyal players.