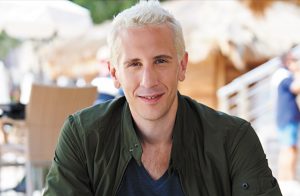 The lines between the online poker community and the professional gaming world became more blurred recently thanks to former StarCraft pro, Bertrand Grospellier, aka “ElkY.”

The French poker player has long been a part of PokerStars’ pro team; thanks in part to his millions in live and online earnings.

However, late last week, it was announced that the former pro gamer would be joining Team Liquid.

A New Challenge For ElkY

Based in the Netherlands, Team Liquid is a professional eSports outfit that sponsors gamers competing on the world stage.

Although Grospellier hasn’t competed as a competitive gamer since he crossed over from StarCraft to poker, he has always maintained links with the community.

In fact, thanks to his exploits as a StarCraft player, the moniker “ElkY” still garners a lot of respect from professional gamers; most of those in Asian countries such as South Korea.

This combination of experience and popularity has led to Grospellier becoming the first joint sponsored poker and gaming pro.

Taking on both roles simultaneously will not only give Grospellier two ways to satisfy his competitive nature, but further cement the growing bond between the two disciplines.

Over the last 12 months there has been a decided shift among a number of poker companies, including PokerStars, to align the game with the eSports community.

Poker as an eSport

Through a combination of marketing drives and crossover promotions, PokerStars and its peers have simultaneously tried to make poker an attractive proposition for gamers and as a skillful endeavor.

Although on his own mission to “sportify” poker, Dreyfus has made frequent references to Heatherstone on Twitter.

Ironically the same game that Grospellier will now be playing as part of team liquid, the card-based strategy game has a number of parallels with poker and, if these links can be exploited, Dreyfus believes it will help increase poker’s popularity among the gaming community.

However, before this relationship can be explored any further, Grospellier has some duties to perform as part of his new contract. First up for the Frenchman was a live streaming session via Twitch.

Sitting alongside Eloise and James Kostesich, Grospellier commented on some live Hearthstone action and enjoyed a few rounds himself before heading back to the poker tables.

Quite how the new deal will pan out for Grospellier and PokerStars remains to be seen, but it certainly marks another interesting development in the evolution of online poker.

I’m confused so does Elky has two sponsors both Pokerstars AND Teamliquid?