Eli Elezra is now a four-time WSOP bracelet winner. The Israeli high-stakes legend shipped the $1,500 Seven-Card Stud tournament on Monday, the second time in his career he’s won this same event. He initially won it in 2015, his most recent World Series of Poker title. 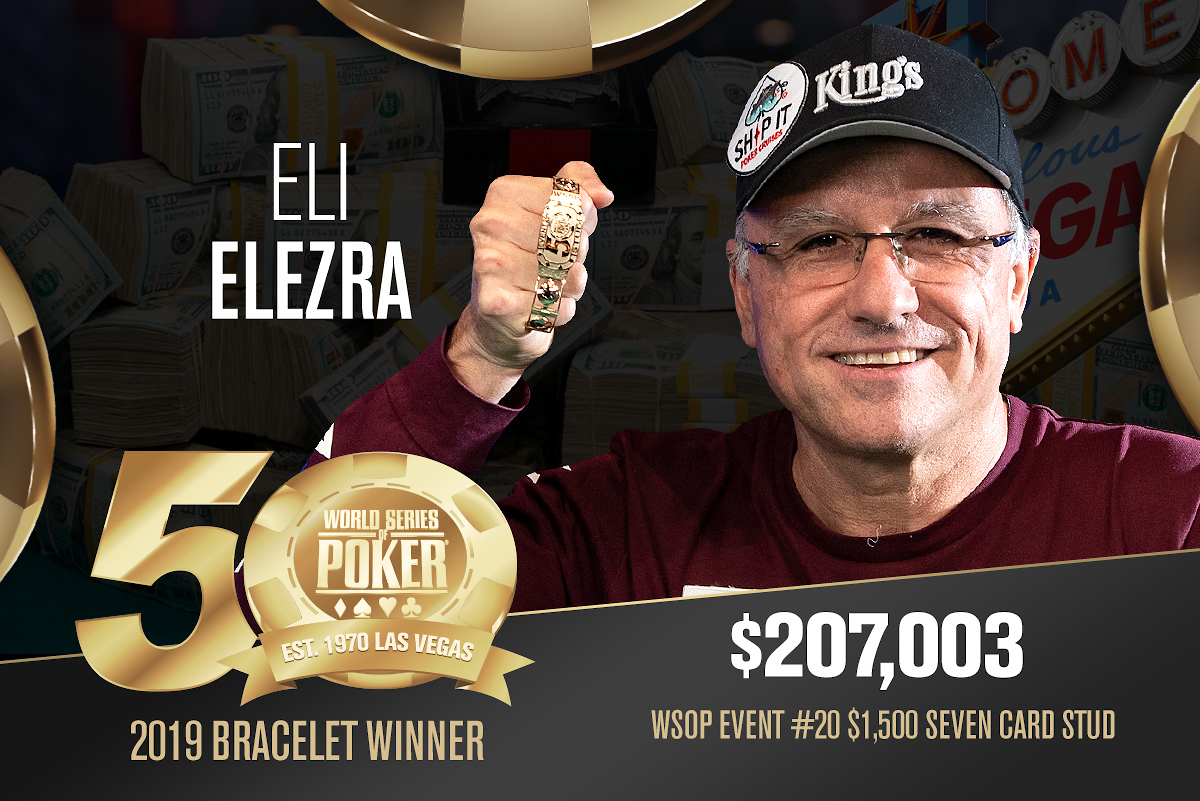 Eli Elezra is the master of Stud. (Image: wsop.com)

Elezra earned the victory, and the $93,766 that went with it, by defeating a formidable opponent – Anthony Zinno – heads-up. And, most of all, he showed that even age 58, his poker game isn’t slipping one bit.

WSOP stud tournaments aren’t easy because the fields are stacked with the best stud players in the world. Pros such as Barry Greenstein, who mastered the art of seven-card stud years ago, entered this $1,500 event.

Greenstein, a long-time PokerStars Team Pro member who recently left the company, finished 14th out of 285 for $4,254, his 103rd WSOP cash.

So, to pull off a victory such as this, Elezra had to earn it. The competition was stiff with some old-school and new-school legends chasing the coveted bracelet.

Elezra’s been there, done that. Over the years he’s won major events including now four WSOP tournaments, competes regularly in the highest stakes cash games in Las Vegas at Aria and Bellagio, and has proven his cash game prowess on televised shows such as “High Stakes Poker” and “Poker After Dark” during the poker boom era.

But neither player was guaranteed a gold bracelet. They still had to not only beat each other, but also four other talented pros including David Singer, Valentin Vornicu, and Rep Porter.

In the end, however, the start-of-day chip leaders found themselves locked in a tough heads-up battle. When the two-player match began, Elezra held a 2-1 chip advantage. But Zinno fought back and evened things up before long.

Elezra then caught a heater, eventually pulling away to a 3-1 chip lead before hitting an open-ended straight against Zinno, who missed his open-ended straight on seventh street. That put an end to a long heads-up battle between two worthy champions.