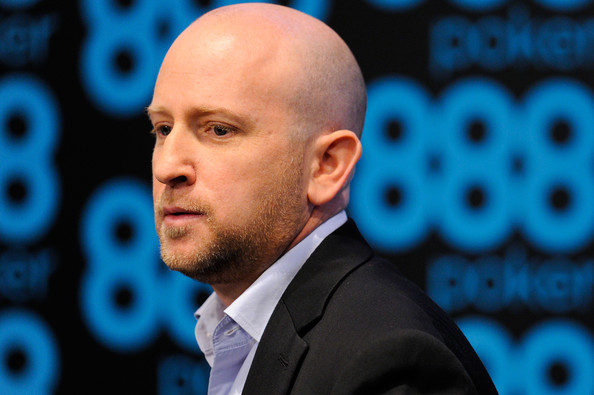 888 Senior VP and Head of B2C Itai Pazner was a keynote speaker at the East Coast Gaming Conference in Atlantic City on Wednesday. He sees a bright future for online poker in America. (Image: nj.com)

More than 600 gaming-related professionals, including operators, manufacturers, regulators, attorneys, architects, analysts, and investors were in attendance.

And while much of the discussion centered on the current financial distress of its host city, the status of regulated online poker markets were also up for debate.

On Wednesday, Itai Pazner, senior vice president and head of B2C at 888holdings, was the opening keynote speaker at the conference’s iGaming Seminar, which was followed by a round table discussion that included representatives from the New Jersey Division of Gambling Enforcement (DGE), as well as Atlantic City casinos Borgata, Golden Nugget, and the Tropicana.

A subsequent debate covered which state was most likely to regulate online poker or casino gaming next, and included a talk from Jim Ryan, CEO of Pala Interactive.

“The US has the potential to be a $1.2 billion market by 2020,” Pazner told CardsChat after the event. “The keys to this happening are: the opening of new markets, such as New York, Pennsylvania, California, and Michigan to expand the player base, sharing poker liquidity between all open markets, and better enforcement towards illegal operators.”

Also on the agenda was the topic of daily fantasy sports, as well as the need to attract millennials back onto the casino floor. Both New Jersey and Nevada have changed their gaming laws to permit the introduction of skill gaming and variable payouts, a move designed to attract the younger generation, which largely eschews traditional forms of casino gaming.

eSports and social gaming were big buzzwords, and Mark Frisorra, the newish CEO of Caesars Entertainment, was on hand to talk about his company’s progress in attracting younger customers.

“It’s clear that the opportunity for gaming innovation is tremendous, and I believe there will be a market for exciting new games,” Frisorra noted. “Gaming manufacturers, operators and regulators all have pivotal roles in figuring out how we will appeal to and shape the gaming desires of millennials and baby boomers.”

Banking on the Future

While conference attendees hobnobbed in Atlantic City, some 70 miles away in Trenton, politicians were considering bills designed to rescue Atlantic City from bankruptcy.

New Jersey Senate President Jim Sweeney, who must have been whizzing up and down Route 206 on Thursday, gave a keynote speech that morning on the future of the New Jersey casino industry.

Despite the city’s problems, he said, the casino market was in a healthy state. Casino closures in 2014 have created an appropriately scaled down market, rather than an oversaturated one, and Sweeney believes this is reflected in an upturn in profits for AC casinos.

The message was that the boardwalk resort town is due for a rebound.

“We’ve had some very difficult times, but the best for Atlantic City is in front of us,” Sweeney promised.

Milenials are smarter than you think. Casino games are rigged, paying a least a point less than actual odds. The operators not only take money when you lose, but cheat the winning player out of at least one point on each winning bet. Of course, how did they build all of those grand hotels?