Dutch Poker Players Off Hook for 29 Percent Tax on PokerStars Winnings, According to Court Ruling

Dutch poker players are celebrating a victory over local tax authorities after a court in Holland ruled that winnings on PokerStars.eu are not subject to taxation. 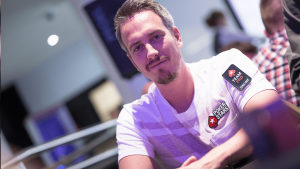 Holland’s Lex Veldhuis will no longer be taxed on any of his winnings when playing in his home country. (Image: PokerStars)

The dispute between the Dutch Tax and Customs Administration (DTCA) and a group of about 75 online poker players boiled down to a technical geographical matter. Tax authorities claimed that PokerStars, being headquartered in the Isle of Man, is located outside of the European Union (EU), leaving its players on the hook for a 29 percent tax on any winnings.

However, the group of players points out that the site is licensed by the Malta Lotteries and Gaming Commission, a fact they claim puts the site in the EU, and therefore exempt from taxes.

The court concurred with the players, ruling that PokerStars.eu is indeed based in the EU.

Their lawyer, Pepin le Heux, wouldn’t identify his clients but claims that they include some of the “big boys” of Dutch poker, some of whom had been previously ordered to pay more than $577,000 in taxes.

Given that the court case goes back years, the ruling means that the DCTA must pay back the taxes it’s been collecting from players in Holland during that span. Exact figures aren’t known, but le Heux estimates that the refund will tally in the millions.

The finalists from the recent Party Poker Millions – the richest online poker tournament ever – are two players who will certainly be celebrating the ruling. Pim de Goede, a Dutch player based in Malta, and Manuel Ruivo, a Portuguese man who played the tournament from Holland, ended up chopping the top prize and taking home $2.3 million each.

But the book on this case isn’t closed yet – Dutch tax authorities have six weeks to appeal the ruling. They’ve given no indication whether or not they intend to do so, reporting only that they’re studying the decision.

In the US, tax rates on gambling vary from state to state, but in most of the modernized gambling world, the idea of levying taxes on gambling proceeds is mostly non-existent.

The tax rate of 29 percent in Holland remains in place, just apparently not for those playing on PokerStars.